Zimmermann Expands Its Resort Business With Boutique in Capri

The brand is also opening the doors of new shops in New York and Paris this month.

CAPRI — “You have to be physically fit to work in fashion. The pace is frenetic and it’s a lot of work.” Nicky Zimmermann, cofounder and creative director of Australian women’s brand Zimmermann, confessed during an interview on Friday in Capri, where the fashion label organized a two-day event to mark the opening of its first store on the chic Mediterranean island.

Despite her busy schedule and the frequent trips from her native Australia to other countries, the designer revealed she enjoys her working life. “Having fun is so important for us. I’m so lucky that I work with my sister [the brand’s cofounder, Simone Zimmermann] and my husband [the company’s chief executive officer Chris Olliver] and we truly enjoy what we do,” Zimmermann said. 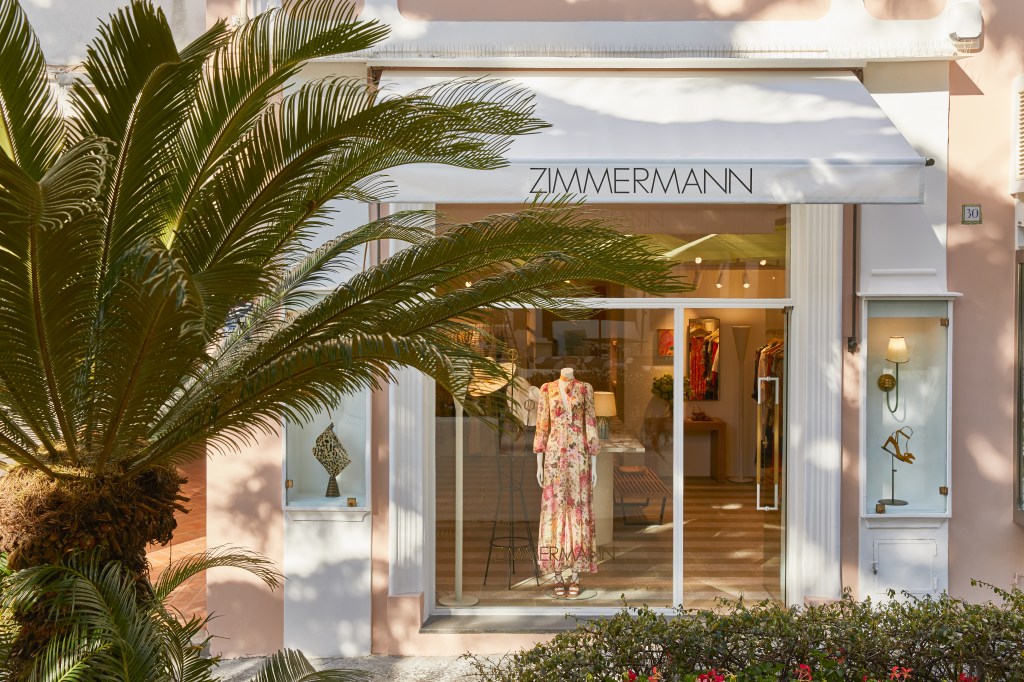 The brand made a name for itself with its signature feminine, colorful and lively take on ready-to-wear and swimwear. That touch was translated into the brand’s new store here, designed by Australian architect Don McQualter of Studio McQualter. The boutique is located on a pink building on Via Vittorio Emanuele, the island’s beating heart a few steps from the legendary Piazzetta square and the luxury Quisisana hotel, the 764-square-foot boutique. Antique mercury mirrors are combined with custom-made green stem wall lights, fitting rooms are worked in vibrant warm and artworks by Australian artist Tom Polo give extra personality to the space, which carries the brand’s full product offering, from straw hats and bags to swimwear and dresses.

“Here, like in the stores in East Hampton and Saint Tropez, we wanted to blend our signature style with local elements,” Zimmerman said. As in its other boutiques, in Capri, Zimmermann employed both already trained Australian girls and Italian staff. “We love to give our girls the chance to do experiences abroad, discovering other countries and cultures and at the same time building a career path through the firm,” she said.

While she said the company will definitely explore more business opportunities in resort destinations, Zimmermann discussed the upcoming opening, in mid-July, of two key stores for the brand, on New York’s Madison Avenue in the Upper East Side and Rue Francois I in Paris.

“I have personally loved New York since I was a young girl, so I’m super excited to inaugurate this new store,” which, according to the designer, will be very different from the brand’s other boutique in Manhattan’s Meatpacking District. “It’s close to Sant Ambroeus, which is my favorite brunch destination in New York, while the Paris boutique is a few steps from L’Avenue…there is always something related to food,” she said with a laugh.

Along with operating 21 stores in Australia, Zimmermann has 11 boutiques in the U.S. and three in Europe — in London, Capri and Saint Tropez. The brand also sells its collection to about 400 multibrand stores worldwide.

With the brand growing across the U.S. and Europe, boosting the Chinese business is among the company’s priorities. 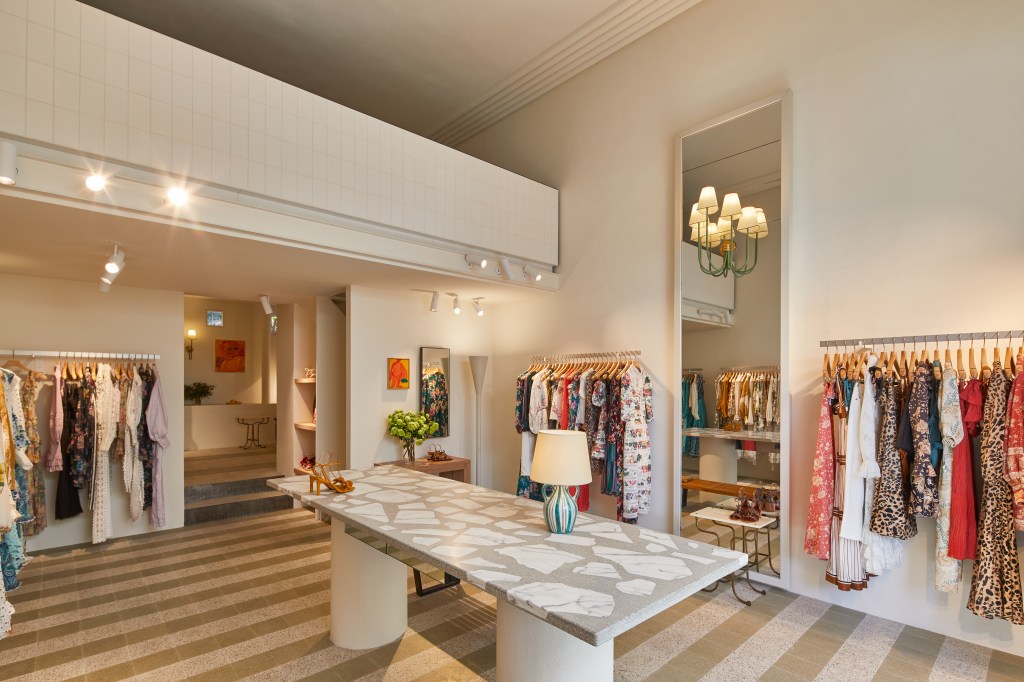 The interior of the Zimmermann store in Capri.  Ed Reeve/Courtesy Photo.

“China is definitely part of our expansion plan,” Zimmermann said. “We are engaging the right people to understand a market which has different dynamics. We are on a learning curve.”

A regular presence in the schedule of New York Fashion Week, Zimmermann said she will continue to show her line in the Big Apple.

“We have a sense of loyalty which is probably very typical of us,” the designer said. “We are proud to be part of the fashion industry in New York, where we have always been well received.”

Zimmermann didn’t exclude the possibility of organizing resort shows in different locations across the globe soon.

“It would be a lot of fun but we are not in a hurry and we will do when it feels right,” said the designer. “In addition, it’s a lot of work and it’s very important not to burn out. We must all have a life at the end.”