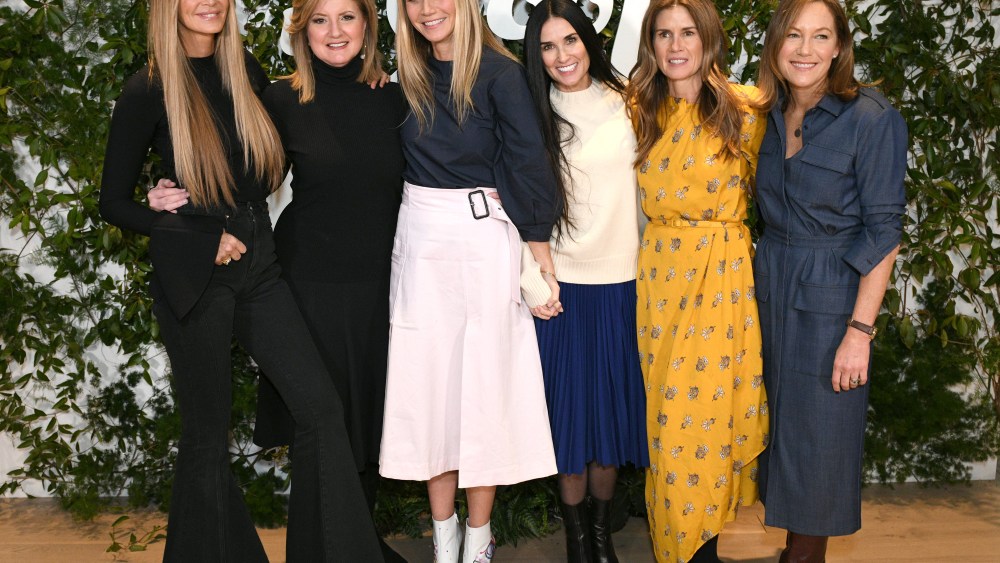 These were just a few of the wellness-inspired events at Goop’s In Goop Health Summit hosted in New York on March 9. The second New York-based summit by Goop founder and chief executive officer, Gwyneth Paltrow, the event brought together roughly 600 attendees — most of whom paid $1,000 a ticket — to experience a 10-hour day full of panels, workshops and activations with wellness-minded psychiatrists, psychic mediums and a Goop-curated retail area with products ranging from beauty products to vibrators.

While the event itself had a number of noteworthy moments — like an intense Kundalini “Breath of Fire” meditation and appearances by Paltrow’s mother, Blythe Danner, and daughter, Apple Martin — we’ve rounded up the key wellness trends you need to know from the In Goop Health Summit.

One key trend discussed during the summit was an emphasis on alternative medicine. To introduce the idea of “psychedelic medicine,” Goop brought together Dr. Will Siu and Dr. Alex Belser to discuss prescribing micro-doses of ketamine to patients with mental illnesses, which Siu noted can cure depression while inciting “profound spiritual experiences.”

Alternatives to western medicine were also a trending topic at the summit, with Dr. Ellen Vora, a psychiatrist specializing in healing depression and anxiety without prescription medicine, leading workshops on self-acceptance. During another panel, supermodel and WelleCo founder, Elle MacPherson, also jumped on the antipill bandwagon stating: “I’m not a fan of pills — we have a big pill culture,” while explaining her brand’s inclination toward powder supplements over pills. Goop’s own ingestible line also reflects this, with the recent introduction of chewable ingestibles.

While sleep-inducing products are having a heyday in the wellness space, Goop tapped into the trend at the summit, teaming up with Buffy, a sustainable comforter brand, for a “cocreated sleep sanctuary,” where attendees could rest on a communal bed. Also, at the summit’s retail area, attendees could find one of Goop’s newest chewable ingestibles meant to induce sleep.

Goop brought in Douglas Little, the perfumer behind his own line of natural fragrances — called Heretic — and Goop’s candles, to talk more about natural fragrances versus synthetic versions. “You know how you’re in the elevator and you smell really bad body odor? When you’re smelling synthetic fragrances now it feels very invasive and like a lack of consciousness,” he said. “The more I talk to the customer — they’re really looking for something that is a lot more transparent, they want something that has a sheerness to it. The existing [perfumes] on the market are like bombs of fragrance, the new consciousness is that people want to smell alive, light and green.”

During a skin-care master class in the beauty studio, women strained to mimic the furious face-kneading movements performed by Anastasia Achilleos, Paltrow’s own facialist, on loan for the day from London’s The Lanesborough Spa. Achilleos’ signature lymphatic drainage techniques are designed to de-puff and slim the face.

All About the Ears

Goop’s ear piercing station proved to be the most popular stop at the summit, however, many also flocked to its “ear seeding” offering where tiny gems were glued inside attendees’ ears on pressure points with the claim that they would ease feelings of stress and anxiety.

Keto — the diet of the moment — was top-of-mind at the summit, where Dr. Will Cole gave a talk on the buzzy diet, which encourages low-carb, high-fat eating. Cole’s book, “Ketotarian,” was also available for purchase.

With minimal Insta-worthy activations, the summit emphasized the trend of digital detoxing, which was echoed by ThriveGlobal founder and ceo, Arianna Huffington, during her closing conversation with Paltrow and Demi Moore. “The growing addiction [to technology] is something we need to address,” she said. “We need to set boundaries and make it clear that we need to put down our phones and connect with ourselves.”

In a panel with psychiatrist Dr. Uma Naidoo, the idea that food isn’t just linked with physical health, but also with mental health was introduced. Naidoo predicted that pairing one’s diet with emotional needs will be a big trend in the future, where people will not only be eating for weight loss, but also to help with anxiety and depression.