By Paulina Szmydke on May 9, 2016
View Slideshow 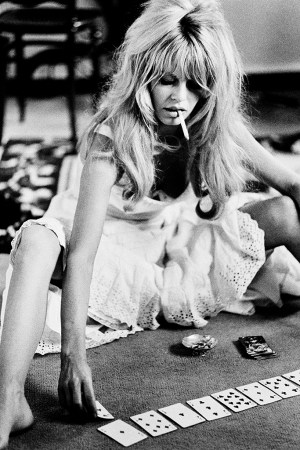 FREEZE FRAME: For the second consecutive year, creative consulting agency Finch & Partners, which draws a star-studded crowd with its annual Filmmakers Dinner during the 2016 Cannes Film Festival, has teamed with Swiss luxury watch brand Jaeger-LeCoultre for a photo exhibition celebrating the seventh art.

“The Art of Behind the Scenes” is curated by John Ingledew and showcases a selection of photographs taken on film sets by the likes of Douglas Kirkland, Terry O’Neill and Dennis Stock.

Among the images featured this year are scenes from “Zabriskie Point” directed by Michelangelo Antonioni, “A Hard Day’s Night” with The Beatles, “High Society” with Grace Kelly and “Viva Maria” featuring Brigitte Bardot. They also include Alfred Hitchcock directing “Notorious” in 1946 and Marilyn Monroe on the set of “The Misfits.”

Many of the images are extremely rare, and some have never been exhibited before, according to the organizers.

Also on display will be the Compass, a miniature camera created by LeCoultre & Cie in 1938 — small enough to fit in a cigarette pack but equipped with a large number of features such as an exposure meter, built-in filters, a telescopic lens, a range finder and angle viewfinder, as well as a device for panoramic and stereoscopic views.

Only 4,000 cameras — “Built like a watch — as simple to use,” as its slogan advertised, were created by the Vallée de Joux, Switzerland-based brand. “Haute horlogerie and the worlds of cinema and photography share common values: both create dreams and a sense of wonder through aesthetic and technical mastery,” mused Daniel Riedo, chief executive officer of Jaeger-LeCoultre.

The exhibition is slated to open May 13 at Hôtel du Cap-Eden-Roc at Cap d’Antibes and run through May 20.