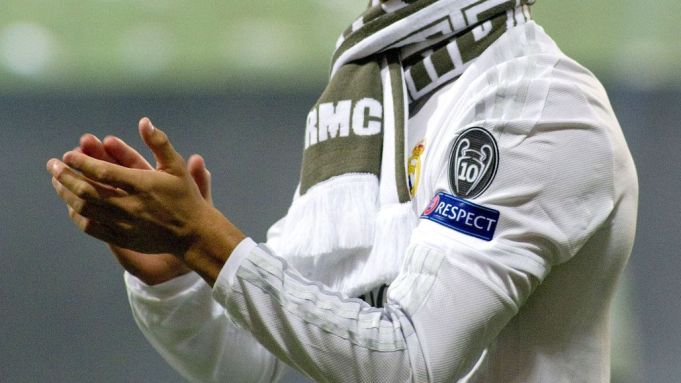 The 2016 UEFA European Championships, or Euro 2016, the soccer competition that takes place every four years, starts today and runs until July 10.

Twenty-four European teams will be competing for the title in stadiums across France, with athletes playing for their national teams.

Fashion plays a role — on and off the pitch — for players including Cristiano Ronaldo and Daniel Sturridge, who have appeared in brand campaigns, sat front row, or modeled in fashion shows.

Ronaldo has his own underwear line called CR7 and has teamed with designer Richard Chai on shirts for his label. Last month, he modeled for Olivier Rousteing’s collaboration with Nike. The “Football Noveau” collection was photographed by Nick Knight. The 31-year-old launched his fragrance Cristiano Ronaldo Legacy in September. Last year, he also launched an un-retouched photo shoot of his CR7 Underwear campaign, which he fronted. He was Tag Heuer’s brand ambassador in 2014 and the face of the Jacob & Co. Watch campaign in 2013.

The 26-year-old was seen during London Collections: Men in January taking in shows such as Casely-Hayford and Matthew Miller. He was nominated for the British Style Award at the British Fashion Awards in 2014, but lost out to actress Emma Watson.

Cesc Fàbregas
Team: Chelsea and Spain.
Position: Central midfielder
The 28-year-old linked with Puma on a “EvoPOWER” soccer boot in 2011 and helped launch a fragrance by fashion designer Angel Schlesser. He took part walking in Naomi Campbell’s Fashion for Relief Haiti show in London in 2010.

Gareth Bale
Team: Real Madrid and Wales.
Position: #11; Midfielder
The 26-year-old designed his own logo with the consultancy Brane, and in March was recruited as a brand ambassador for Footlocker.