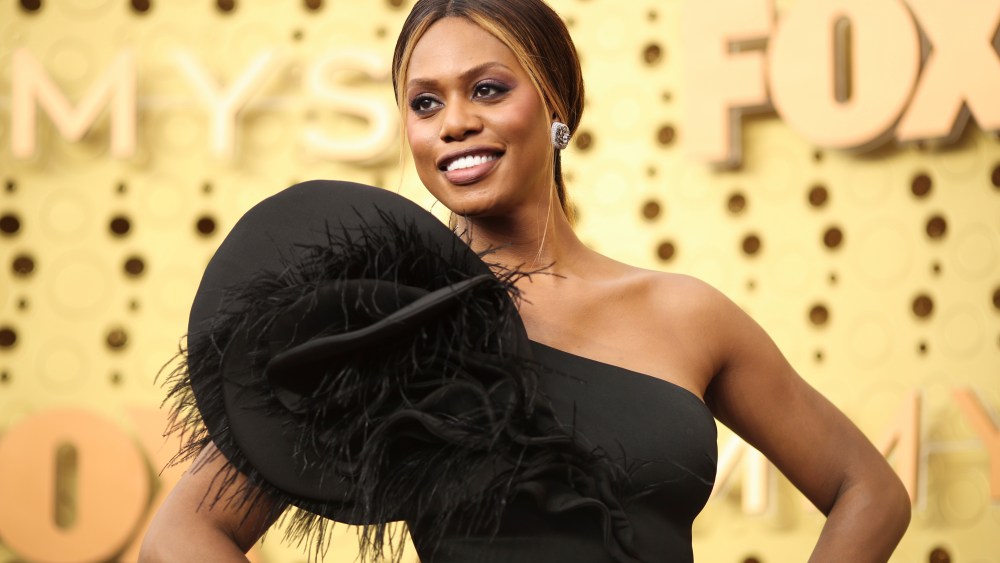 Cox, who is nominated for Outstanding Guest Actress in a Drama Series for her role in Netflix’s “Orange Is the New Black,” arrived at the Emmys purple carpet in a dramatic, tulle black and lilac gown by Monsoori. However, it was Cox’s rainbow Edie Parker clutch — which reads “Oct. 8” Title VII” and “Supreme Court” — that was the focal point of the look.

“Maybe it’s about raising awareness so everyone knows that our lives are in danger,” Cox said in an interview with E! on the Emmys red carpet, referring to the Trump administration’s briefing on Title VII of the Civil Rights Act of 1964, which would make anti-gay discrimination legal in the workplace. The case is slated to go to the Supreme Court on Oct. 8.

Cox worked with Edie Parker to design the custom clutch, which also reads #TRANSISBEAUTIFUL and depicts the flag of the transgender community on the alternate side. She has also raised awareness on the case on her Instagram, posting more information on the implications of the ruling if approved by the Supreme Court.

Cox was interviewed alongside ACLU attorney Chase Strangio, who also spoke on the importance of raising awareness for the court case.

“This is actually going to transform the lives of LGBTQ people,” Strangio stated. “And people who are not LGBTQ. Anyone who departs from sex stereotypes, like all the fabulous people here, for example, so we really need to show up October 8th and pay attention. Their lives are on the line.”

All the 2019 Emmys Red Carpet Looks You Need to See

The Most Memorable Emmys Red Carpet Looks of All Time