The Surprising Color Combination That Ruled the Emmys 2019 Red Carpet 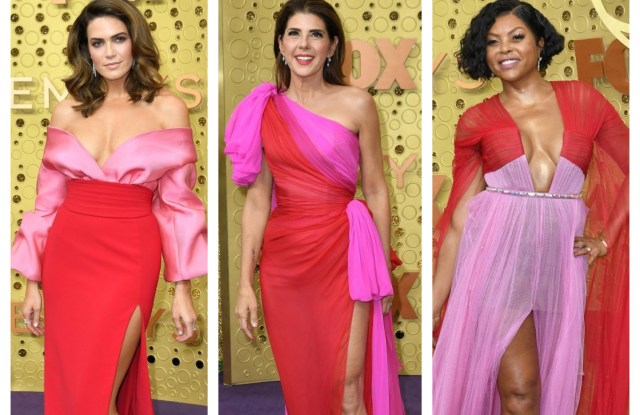 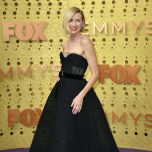 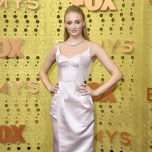 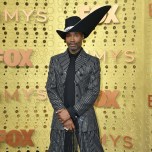 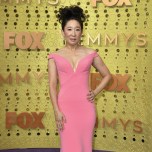 A host of TV’s buzziest actresses descended on the Emmys purple carpet wearing dual-toned pink and red dresses, including Mandy Moore, Taraji P. Henson and Zoe Kazan, among others.

While probably unplanned, each actress put their own spin on the color pairing. Moore, who’s nominated for her first Emmy Award, gave a nod to old Hollywood glamour with her Brandon Maxwell dress, which included an off-the-shoulder, silk top with billowy sleeves and a thigh-high slit.

Moore was seemingly twinning with her “This Is Us” co-star, Susan Kelechi Watson, who wore a Christian Siriano form-fitting red dress detailed with voluminous, off-the-shoulder silk sleeves.

Kazan, for another, opted for a more unconventional look with a black Gucci dress that was accented with pink and red dramatic draping.

Other actresses, like Marisa Tomei in a Ralph & Russo one-shoulder gown and Taraji P. Henson in a goddess-like Vera Wang dress, also got in on the trend.

Click through the above gallery to see more photos from the 2019 Emmys red carpet.

The Most Memorable Emmys Red Carpet Looks of All Time

WATCH: What It’s Like to Walk the Red Carpet at An Awards Show