The 2019 MTV Video Music Awards are bringing together a number of famous figures across music, film, fashion and sports.

As the annual awards show celebrates accomplishments in music, this year’s VMAs are putting an emphasis on female musicians with Ariana Grande and Taylor Swift receiving the most nominations with 10 each. Missy Elliott is becoming the first female rapper to receive the annual VMA Michael Jackson Video Vanguard Award.

From the first Fashion Trailblazer Award to the red carpet pre-show, here is everything you need to know about the 2019 MTV VMAs.

The annual MTV VMAs are on Monday at 8 p.m. The awards show will be held at the Prudential Center in Newark. This marks the first time the VMAs will be hosted in the state and the fourth time the awards show isn’t held in either Los Angeles or New York City. The VMAs have previously been held in Miami in 2004 and 2005 and in Las Vegas in 2007.

Comedian Sebastian Maniscalco is taking up the hosting duties this year for his first time. Maniscalco follows a series of other comedians that have hosted the awards show, including Jimmy Fallon, Chris Rock, Chelsea Handler and Kevin Hart. 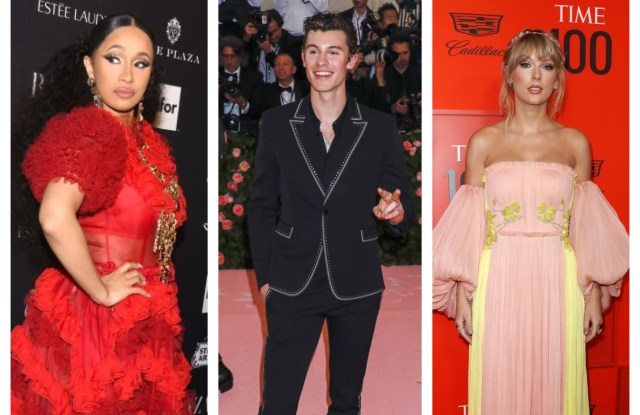 Grande and Swift lead with the most VMA nominations, racking up 10 each. They’re followed by newcomers Billie Eilish, who received nine nominations, and Lil Nas X, who received eight. All four musicians are nominated for video of the year, alongside 21 Savage and the Jonas Brothers.

Nominations for Artist of the Year went to Cardi B, Eilish, Grande, Halsey, the Jonas Brothers and Shawn Mendes.

Song of the Year includes nominations for Drake’s “In My Feelings,” Grande’s “Thank U, Next,” the Jonas Brothers’ “Sucker,” Lady Gaga and Bradley Cooper’s “Shallow” from their hit film, “A Star Is Born,” Lil Nas X’s and Billy Ray Cyrus’ “Old Town Road” and Swift’s “You Need to Calm Down.”

Best New Artist nominees include Ava Max, Eilish, H.E.R., Lil Nas X, Lizzo and Rosalía. Fans are given the chance to vote for the category’s winner on MTV’s web site.

After an 11-year hiatus from the VMAs, the Jonas Brothers are taking to the Garden State for a remote performance.

Swift, who is releasing her seventh studio album, “Lover,” and her fashion merchandise collaboration with Stella McCartney three days prior to the MTV VMAs, will also be performing for the first time in four years at the awards show.

Will there be any honorary awards?

The 2019 Video Vanguard Award will be going to Elliott, who is the first female rapper to receive the award. She joins the likes of Beyoncé, Janet Jackson, Madonna, Jennifer Lopez, Rihanna and Kanye West, among others, who have been presented with the award.

Jacobs is set to receive MTV’s first Fashion Trailblazer Award. The new award is a partnership between MTV and the Council of Fashion Designers of America and is meant to “honor Jacobs’ indelible impact in music,” according to the CFDA.

While a fixture in the fashion world, Jacobs has also left his mark on the music industry, looking to musicians such as Kim Gordon, Courtney Love and Lil’ Kim as his muses. He’s also tapped the likes of Elliott, Frances Bean Cobain, Marilyn Manson, Cher and Miley Cyrus for brand campaigns. 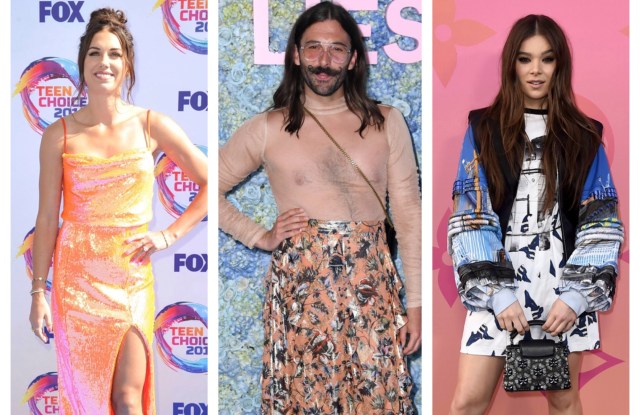 A red carpet pre-show will be aired at 7 p.m. hosted by Terrence J, Nessa and Zara Larsson. There will be performances by Ava Max, CNCO and Megan Thee Stallion.

The awards show will air on MTV and live-streamed through its web site and app. For those without cable, the show can be accessed through Hulu Live TV, YouTube TV and AT&T TV Now.

A Missy Elliott Museum Is Coming to New York City

WATCH: Blue Ivy’s Stylist Takes Us Into His World