Celebrities like Emma Corrin, Zendaya, Anya Taylor-Joy and more looked to the couture runways for the virtual awards ceremony.

The 2021 virtual Critics’ Choice Awards surprisingly produced some high-fashion moments from its nominees and presenters.

The awards show, which was competing in viewership with Prince Harry and Meghan Markle’s tell-all Oprah Winfrey interview, brought back many stars Sunday night who had appeared at last week’s virtual Golden Globes. Despite the virtual format, many celebrities still looked to custom and couture looks from Dior, Valentino, Prada, Louis Vuitton and more for the awards ceremony.

Men’s fashion again stood out during the Critics’ Choice Awards, as the likes of Leslie Odom Jr., John Boyega and Dan Levy, among others, shied away from the traditional black tuxedo for more fashionable styles. Boyega, for one, looked to Virgil Abloh’s Louis Vuitton men’s fall 2021 collection for his look, which consisted of a wool throw wrapped over a matching white top and trousers.

Stylist Law Roach also brought his styling power to the Critics Choice Awards on winners Anya Taylor-Joy and Zendaya, who both wore striking couture looks from Dior and Valentino, respectively.

Here, WWD breaks down 10 high-fashion moments from the 2021 Critics’ Choice Awards. Read on for more. 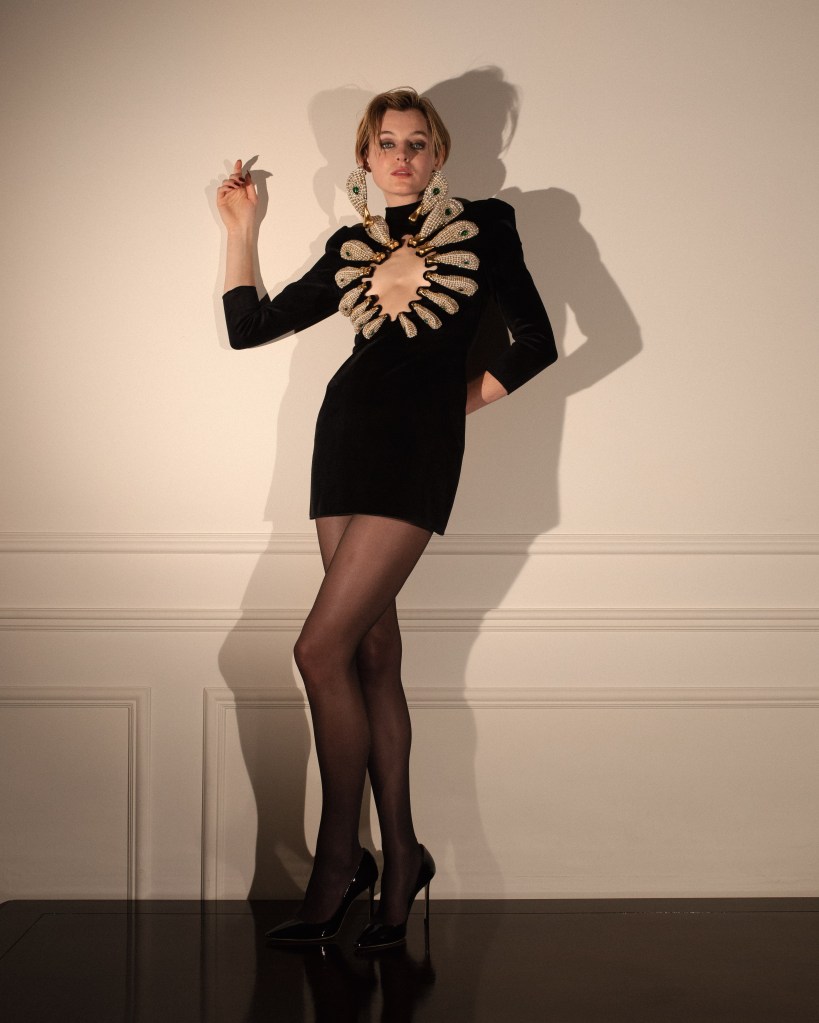 Emma Corrin won her latest award for her role as Princess Diana in Netflix’s “The Crown” at Sunday night’s Critics’ Choice Awards dressed in an embellished black dress from the Schiaparelli spring 2021 couture collection. 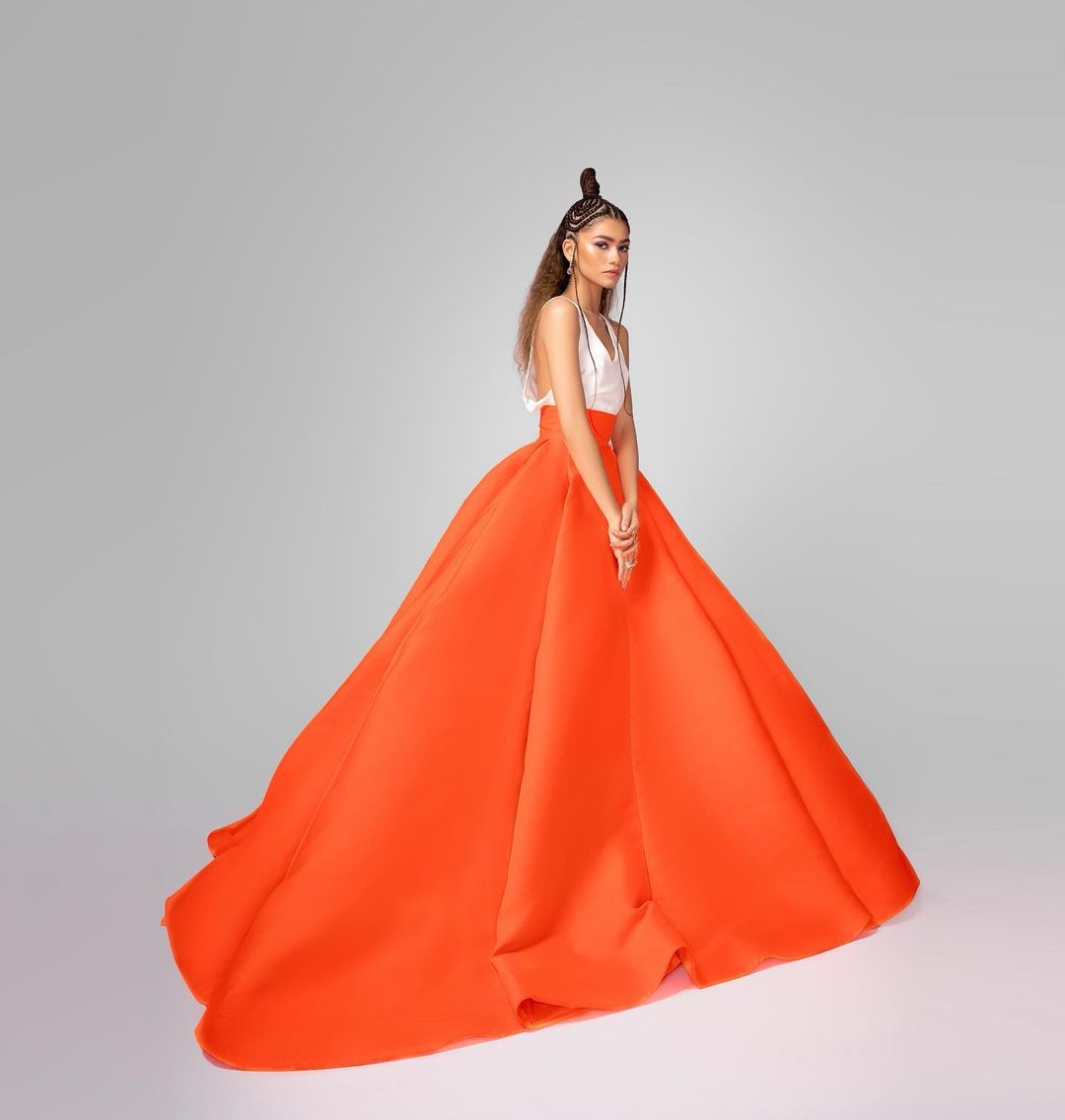 Zendaya brought her signature high-fashion style to the virtual awards ceremony dressed in a bright orange gown from the Valentino spring 2021 couture collection. The actress was the recipient of the SeeHer Award, which is given to women who help advance gender equality in entertainment, and was nominated for best actress for her role in the Netflix film, “Malcolm & Marie.”

The gown was designed with an ivory silk crêpe top paired with a voluminous orange skirt made with silk, organza and taffeta. She paired the look with jewelry from Bulgari. including a pair of earrings that included two amethyst beads, four rubellite beads, four mandarin garnet beads and an array of diamonds. She also wore five rose gold rings from the fine jeweler. 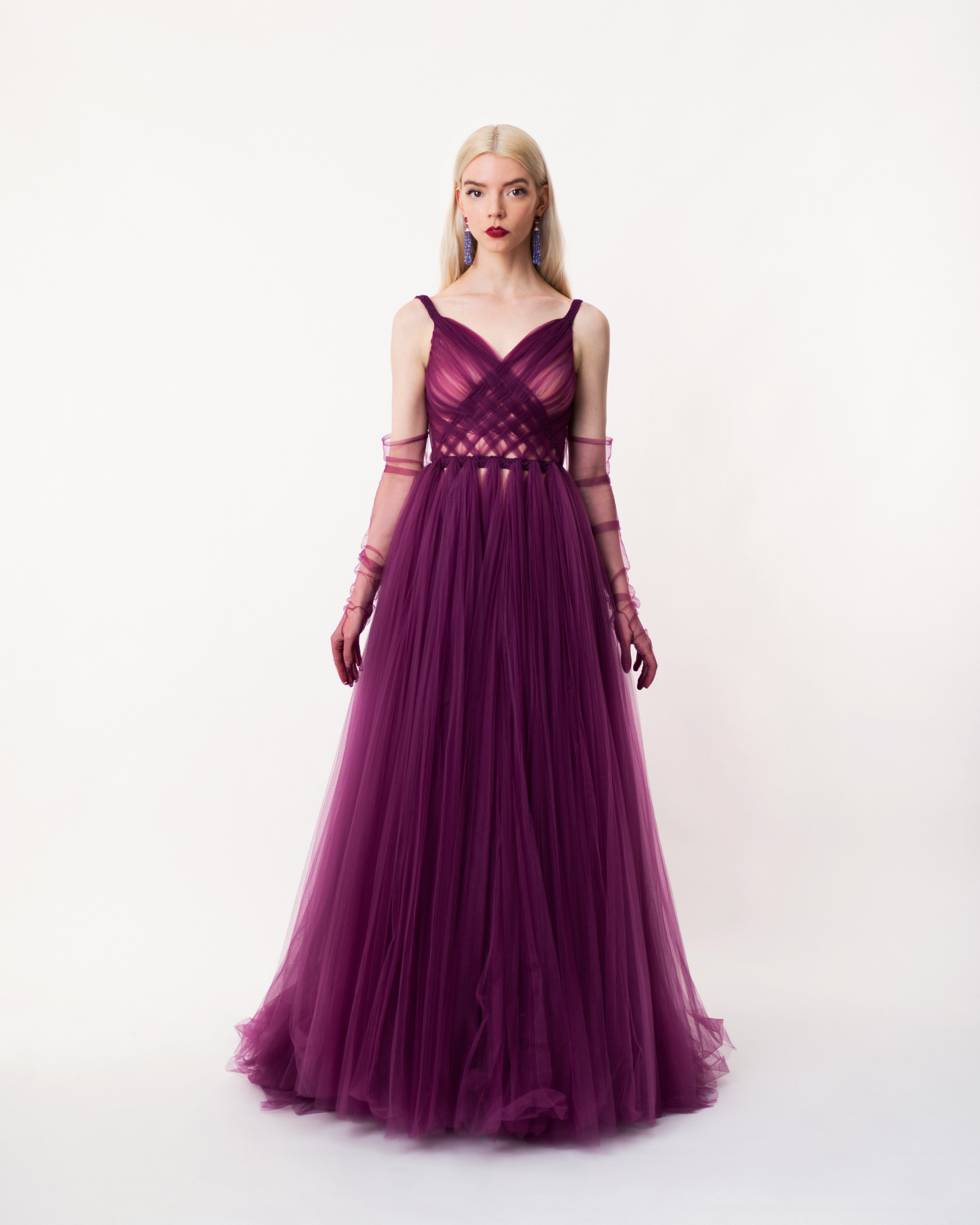 Anya Taylor-Joy followed up her emerald green Dior dress at last week’s Golden Globes with another Dior gown from the design house’s spring 2020 couture collection, where she picked up another award for her role in Netflix’s “The Queen’s Gambit.”

Taylor-Joy wore a plum-colored dress with twisted and braided tulle detailing. She paired the look with matching sheer gloves. The actress also looked to Bulgari to finish off the look, wearing earrings made with more than 90 carats of tanzanite. 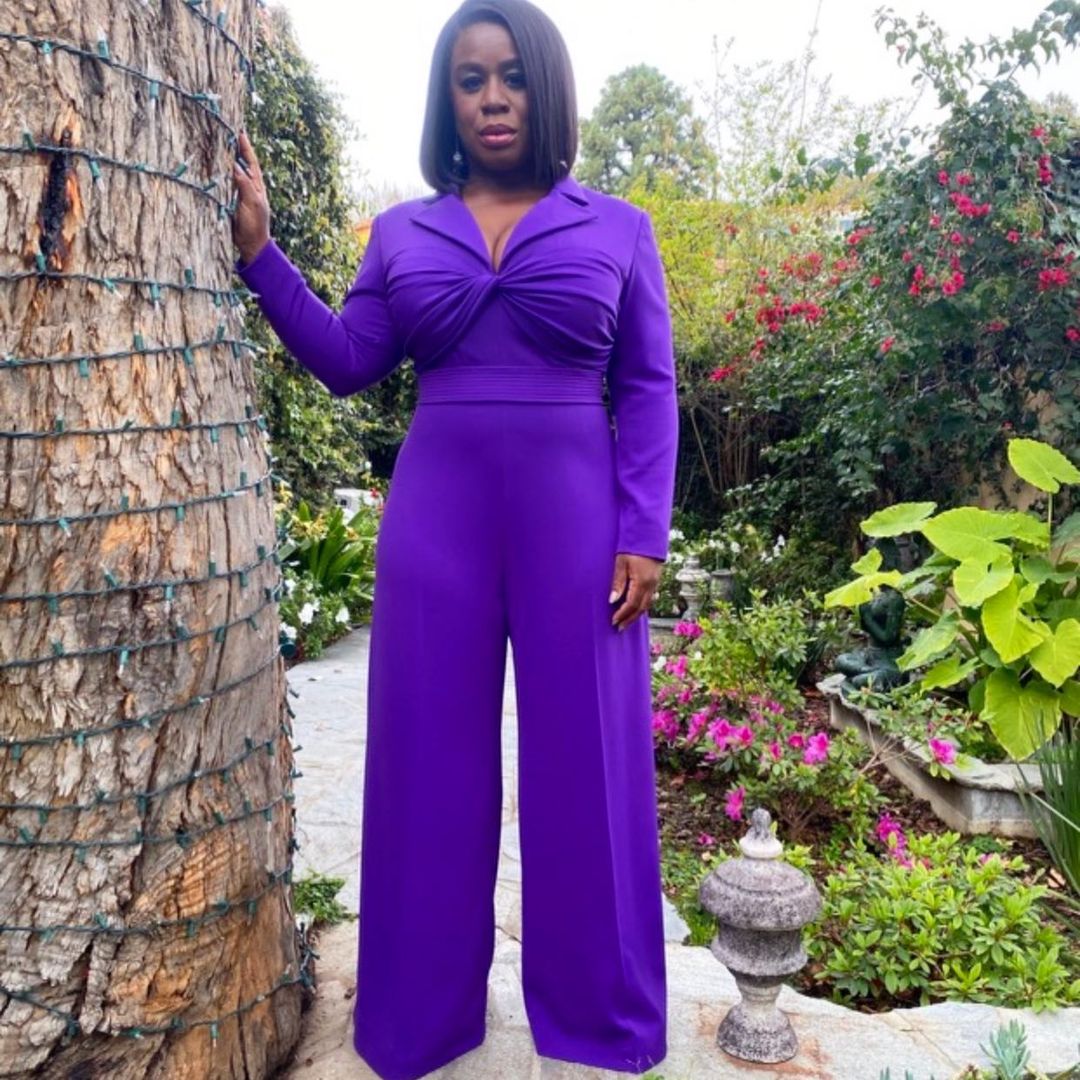 Nominated for her role as former congresswoman and presidential candidate Shirley Chisholm in the FX show “Mrs. America,” Uzo Aduba worked with fashion designer Christian Siriano to pay homage to her historic character at the Critics’ Choice Awards.

Siriano designed a custom purple top with ruched detailing and matching trousers for Aduba. The bright purple hue is a nod to Chisholm, as she used the color in her presidential campaign.

“Greatest thanks to trailblazer, Ms. Shirley Chisholm,” Aduba wrote in part on Instagram. “I’m so happy to see this second act her story is receiving; that her page in her-story has been better marked. She deserves it. And so, in this #womenshistorymonth I say, here’s to you ladies! And to you, Shirley.”

Aduba’s monochrome Critics’ Choice look resembled that of Vice President Kamala Harris’ at the presidential inauguration in January. It was said that the vice president, who was dressed in a custom purple coat by Christopher John Rogers, also paid respect to Chisholm through the inauguration look. 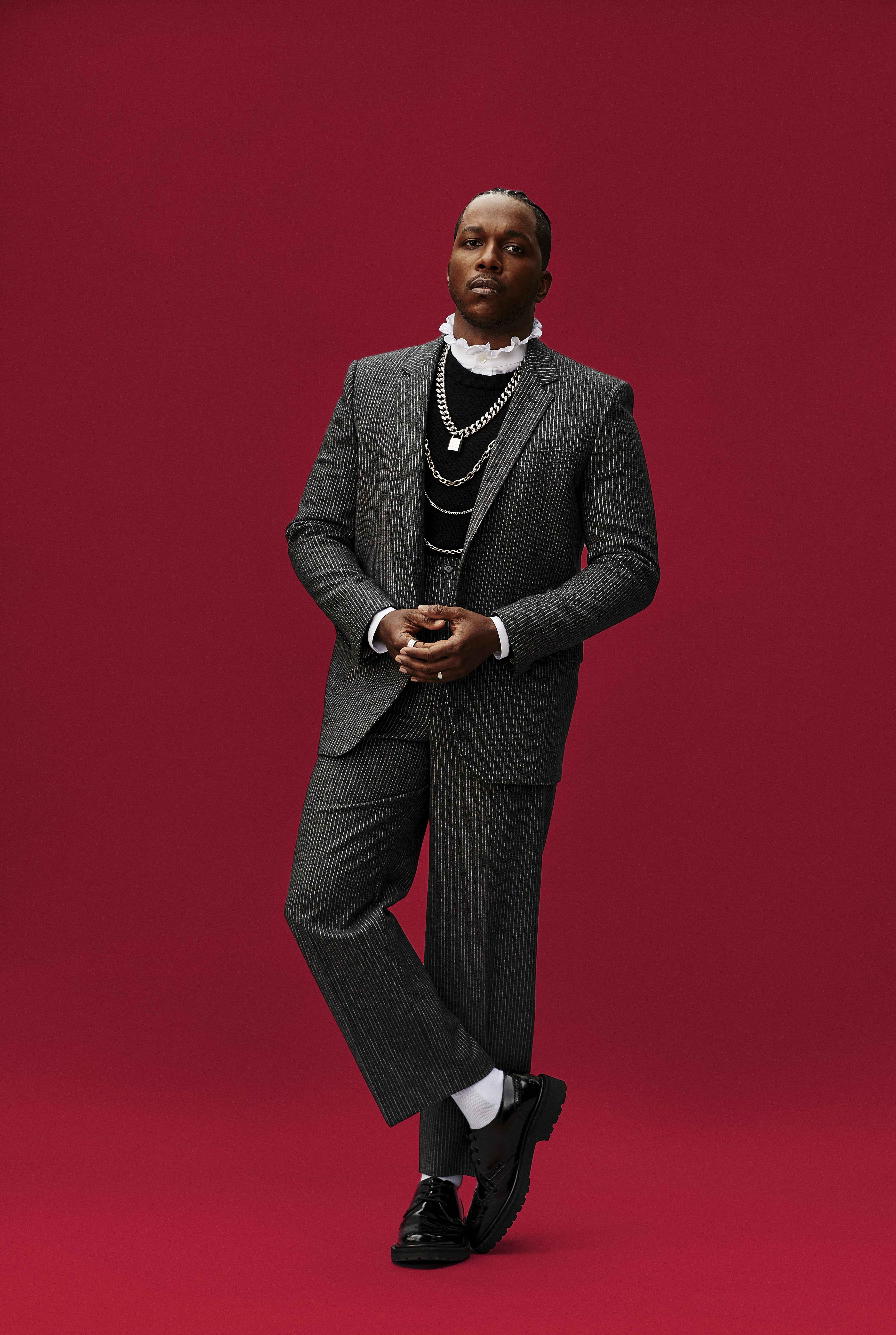 After wearing one of Valentino’s first men’s couture pieces at the Golden Globes last week, Leslie Odom Jr. followed up the look with another high-fashion moment courtesy of Celine.

The actor, who was nominated for best supporting actor for his role in “One Night in Miami,” wore a pinstripe suit jacket with matching, high-waisted trousers paired with a black shirt and ruffled white dress shirt from the design house’s recent men’s collection. Odom Jr. paired the look with silver chain necklaces also from Celine. 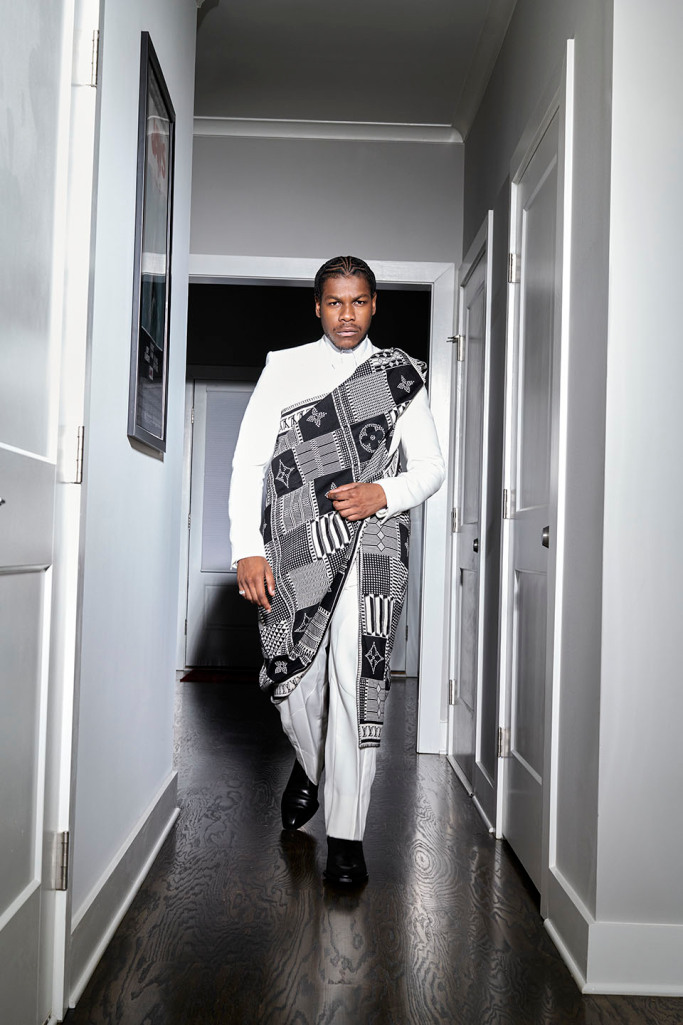 John Boyega, who won an award for his role in the limited series “Small Axe,” wore a Virgil Abloh-designed Louis Vuitton men’s look from the fall 2021 collection for the virtual ceremony.

Boyega’s look consisted of a matching white dress shirt and trousers paired with a wool Louis Vuitton monogrammed throw wrapped around his body. 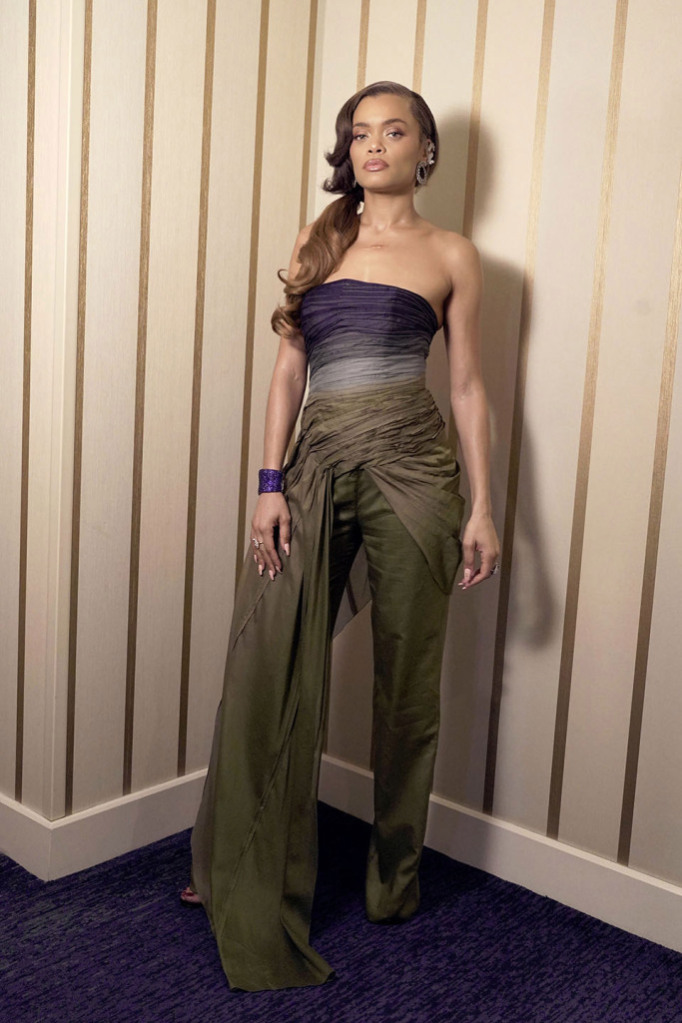 Andra Day followed up her Old Hollywood glamour look at the 2021 Golden Globes with a more modern look for the Critics’ Choice Awards.

Day, who was nominated for her role in “The United States vs. Billie Holiday,” wore a custom Prada jumpsuit made in a blue and green tie-dye printed chiffon. 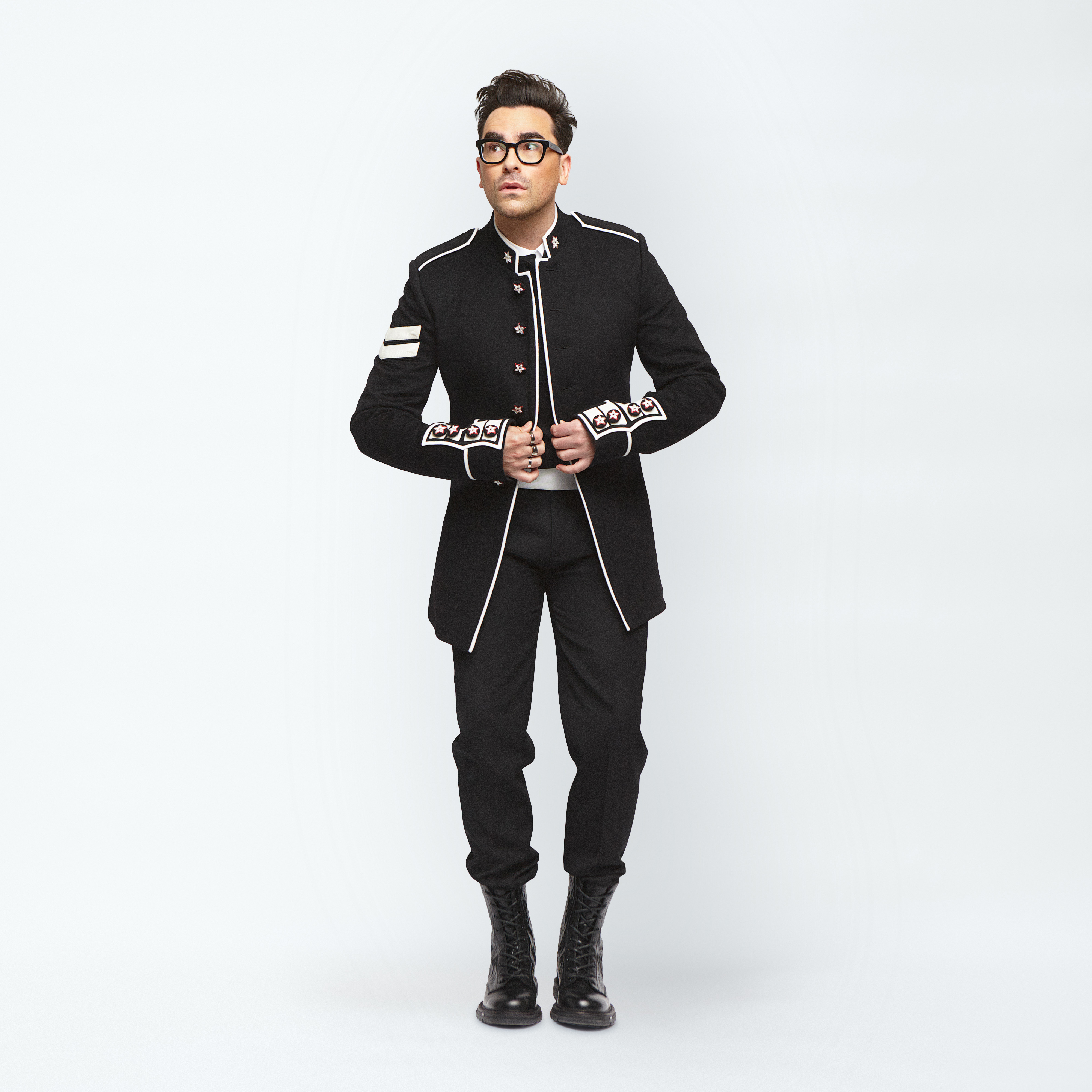 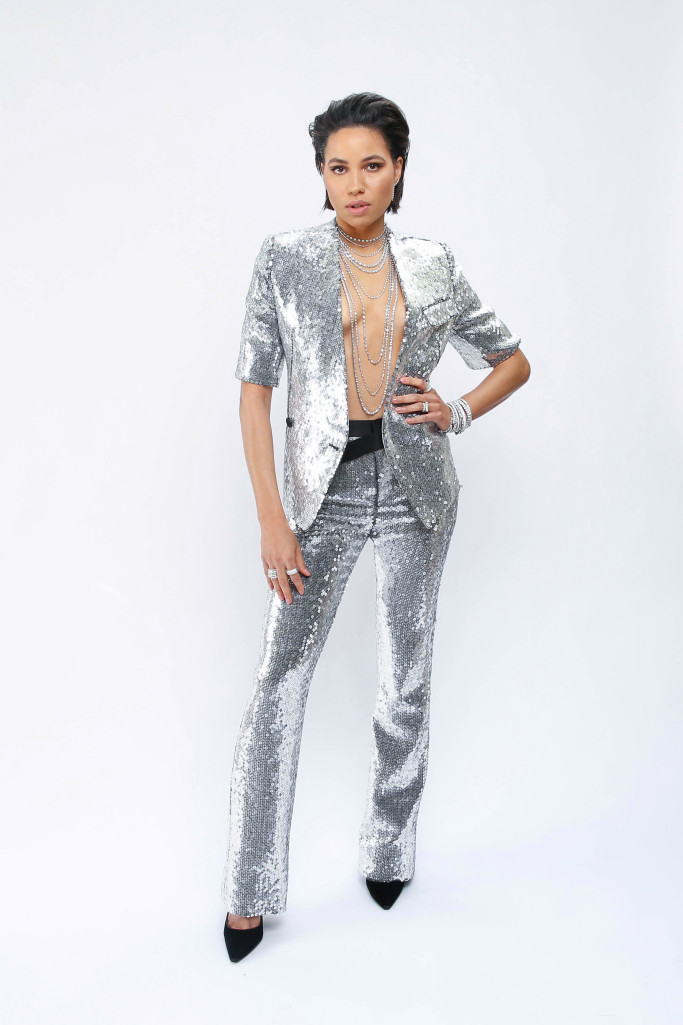 Jurnee Smollett, nominated for best actress in a drama series for “Lovecraft Country,” went for an edgy look for the Critics’ Choice Awards. The actress wore a silver sequined smoking suit from Louis Vuitton’s spring 2021 collection paired with silver chain necklaces and bracelets. 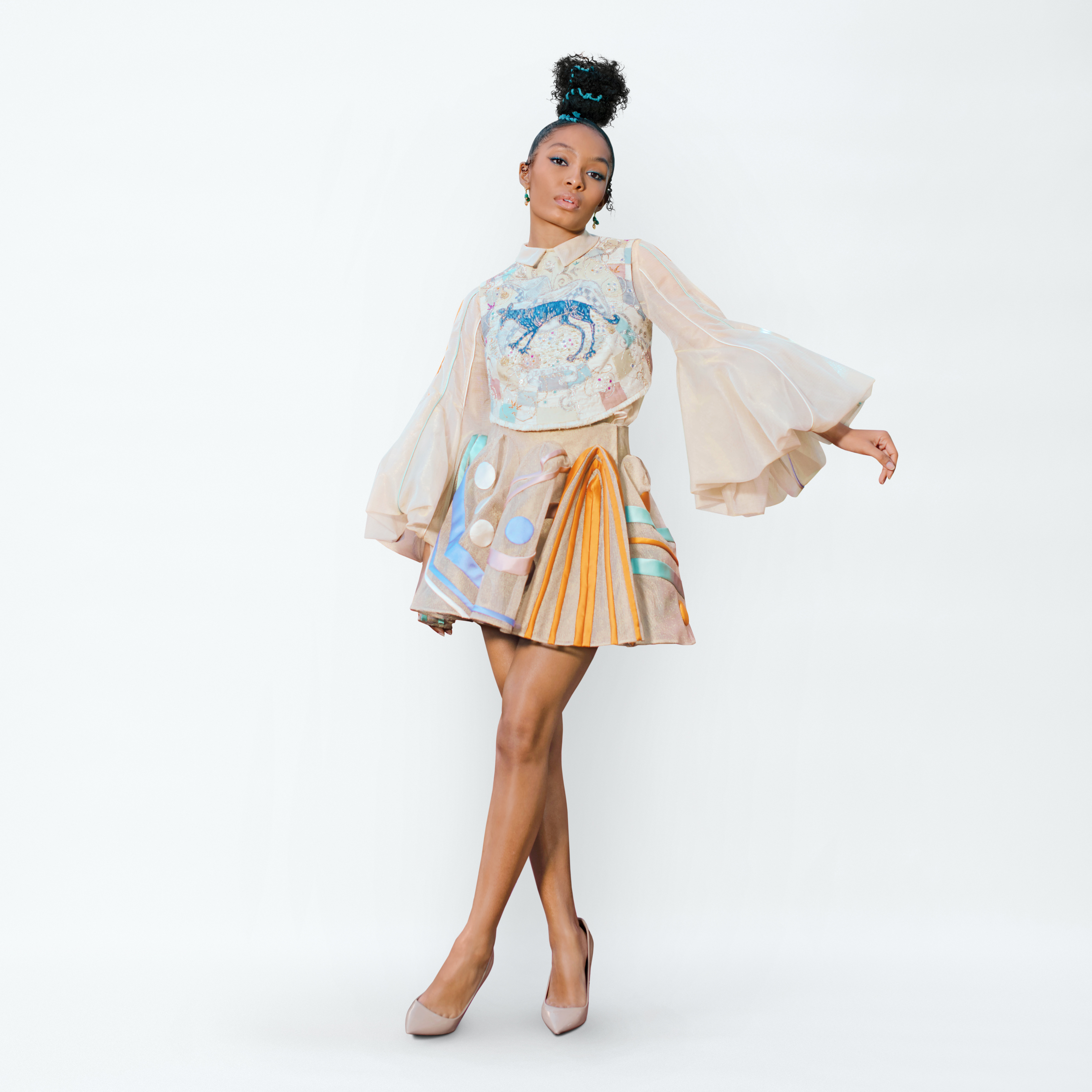 Actress Yara Shahidi also looked to Dior for the Critics’ Choice Awards, wearing an embroidered top with puff sleeves and a tulle miniskirt from the design house’s spring 2021 couture collection.

How 11 Golden Globes Outfits Looked Like on the Runway

The Best Beauty Looks from the 2021 Golden Globes