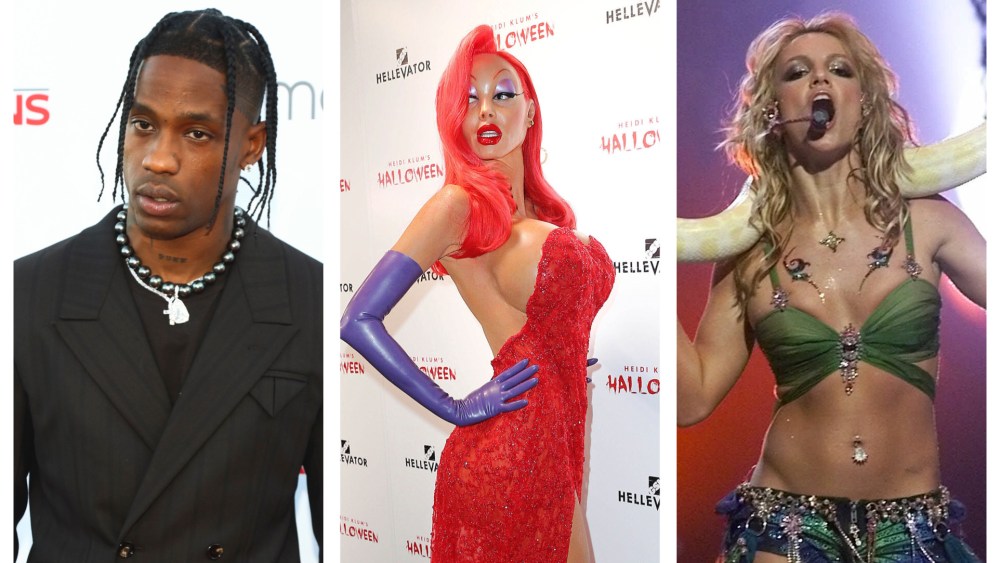 A mix of newer and iconic celebrities are inspiring some of this year’s Halloween costumes.

Data from SemRush, a trends data provider, revealed the 20 top searched celebrity Halloween costumes people are looking to find for the upcoming holiday.

In the ranking, rapper Travis Scott received the first spot. While the rapper may be an unlikely costume, his influence on fashion has been increasing in recent years. The rapper recently teamed with Dior on the design house’s spring 2022 men’s collection and with Byredo’s Ben Gorham on a limited-edition fragrance. Scott was also honored by the New School’s Parsons School of Design at its annual benefit in June.

Scott’s style is streetwear focused, with the rapper regularly looking to oversize flannels and jackets, vintage T-shirts, baseball caps and relaxed trousers. He also accessorizes with diamond and chain necklaces.

Following Scott is supermodel Heidi Klum, who is known for the over-the-top Halloween costumes she wears at her annual Halloween party. Over the years, the model has dressed as a bionic alien, Jessica Rabbit, Fiona from “Shrek” and an old woman, among others.

Klum is followed by Britney Spears, who has long served as inspiration for Halloween costumes thanks to her many iconic performance and music video looks from the ‘90s and early Aughts. Some of Spears’ most famous looks that have inspired Halloween costumes are her 2001 MTV MVAs performance with a live python, her schoolgirl look for her “Baby One More Time” music video and her red latex jumpsuit for her “Oops!…I Did It Again” music video, among others.

The remainder of the ranking includes celebrities who have been in the cultural lexicon over the last few decades, such as Beyoncé, Lady Gaga, Pink, Taylor Swift and Kylie Jenner, as well as those who have been household names for much longer, including Cher, Dolly Parton, Elton John and Michael Jackson.

Click through the above gallery to see the full ranking of the 20 top searched celebrity Halloween costumes.