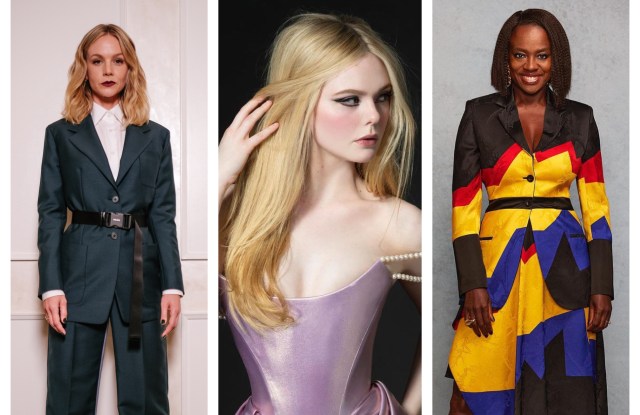 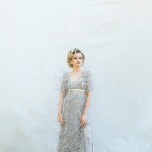 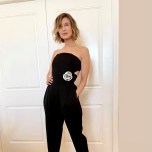 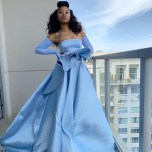 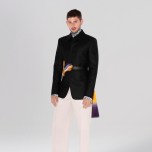 Virtual awards season may be winding down this week, but celebrities are still bringing their A-game for their red carpet looks.

Fanning, who was nominated for best female performance in a new scripted series for her role in “The Great,” followed up her regal-inspired, custom Gucci gown at the 2021 Golden Globes with an equally eye-catching look at last night’s awards show. The actress wore a custom, iridescent lilac dress with a scrunched waist and pearl detailing by Vivienne Westwood.

Several other celebrities went the custom route for the 2021 Independent Spirit Awards, including Garner, who wore a feather and Swarovski crystal embellished gray dress from Prada; Davis, who wore a multicolored skirt suit by Loewe, and Mulligan, who wore a dark green mohair suit by Prada.

Click through the above gallery to see more red carpet photos from the 2021 Independent Spirit Awards.

Giorgio Armani on Why the Oscars Red Carpet Matters