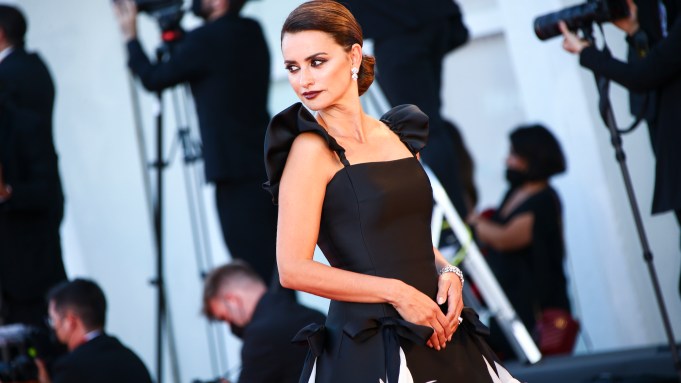 The 2021 Venice Film Festival is expected to be a star-studded affair, with many of today’s biggest actors and actresses coming together at the city’s famed Lido.

The 78th edition of the festival is taking place from Sept. 1 to Sept. 11 and will debut some of the year’s most-anticipated films, such as the Princess Diana-themed movie, “Spencer,” the sci-fi drama “Dune” and the psychological horror film “Last Night in Soho.”

The opening night already saw several high-fashion moments on the red carpet, including from Erivo, one of the festival’s jury members. Erivo arrived wearing a custom crystal mesh Versace dress embellished with crystal straps. She paired the look with Roberto Coin jewelry.

Cruz, a Chanel ambassador, wore a black-and-white dress accented with bows and feathered details from the design house’s fall 2021 couture collection that debuted in July.

Click through the above gallery to see more red carpet photos from the 2021 Venice Film Festival.

A Guide to the 2021 Venice Film Festival Lineup

A Closer Look at Kristen Stewart’s Chanel Outfits in ‘Spencer’

Who Are the Real-Life Characters in the ‘House of Gucci’ Movie?

The Standout Fashion Moments From the 2021 Venice Film Festival