Dom Pérignon Hosts a Bubbly Night at the Museum

Isabelle Huppert, Charlotte Rampling and Clotilde Courau were among those who lapped up the lavish dinner and concert. 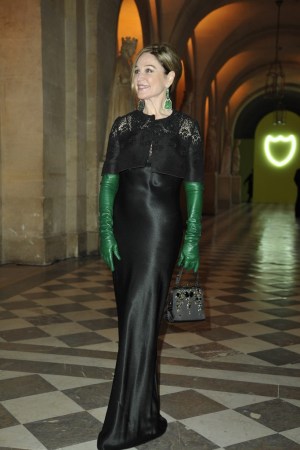 Isabelle Huppert, Charlotte Rampling and Clotilde Courau were among those who lapped up the spectacle. Lang’s supple fingers coaxed strands of cascading melodies from a gleaming black Steinway on a rotating podium, as ghostly dancers moved about Perspex furniture lashed with fluorescent tubes.

“Thanks for coming!” Wilson said earlier to Huppert as he swept the petite actress in his arms.

Huppert jazzed up her Yves Saint Laurent smoking with sexy, strappy Giorgio Armani platforms. “They are so comfortable,” she enthused. The actress is about to start work on a new film by French director Catherine Breillat.

Rampling, who currently appears in “The Eye of the Storm” opposite Judy Davis and Geoffrey Rush, said she’s working on a TV series for the BBC called “Restless,” based on the spy novel by William Boyd.

As for her cream blouse with the undulating tie-neck: “It’s vintage Armani. I think it’s from 2003. Is that old enough to be vintage?” she asked between sips of Dom from that very same year.

After the concert, the 150 guests were seated at long, black tables fastidiously kept clear of evening bags, eyeglasses and even place cards. Pots of moss were the first thing waiters placed on the table, adding water to activate the dry ice underneath.

“Is this your idea?” Becca Cason Thrash called out to Wilson with a yelp of laughter as fog spilled over the table. The Houston socialite is in Paris working on her next Liaisons au Louvre event, a night-at-the-museum fundraiser scheduled for June 17 and 18 in Paris.