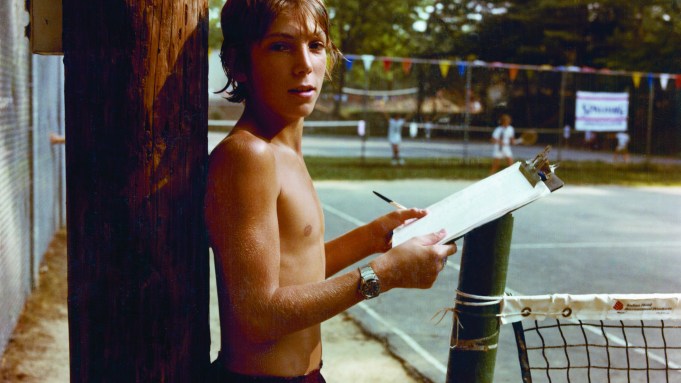 As summer camps are canceled, at least unhappy campers can leaf through a new photography book about the beloved, parent-free ritual. Today’s Gen Z campers will get a chuckle at their forebears’ fashion sense in “Hello Muddah, Hello Faddah: Andy Sweet’s Summer Camp 1977,” a follow-up to the late Florida photographer’s “Shtetl in the Sun: Andy Sweet’s South Beach 1977-1980.” Aside from feathered hair and tube socks — the real-life version of  the movie “Meatballs,” which was released in 1979 — readers will discover that not much has changed about the sleepaway camp experience since Sweet documented Camp Mountain Lake in Hendersonville, N.C.

“The camp I grew up attending, Timber Lake in the Catskills, was exactly like Andy’s camp,” said Brett Sokol, the book’s editor and cofounder of Letter16 Press, which releases it, with the option to add a custom, retro camp T-shirt, on May 26. “The culture of secular Judaism is the same. He saw a younger version of himself in these middle-class Jewish kids.”

Sweet had a long history with the camp. He went from a camper to a counselor to the photography teacher during the summer of 1977, while he captured camp life for his MFA thesis. Since all of his negatives are lost, the book’s 109 color photos were gleaned from contact sheets and a small number of prints. The names of his young subjects are also absent, so Sokol hopes to piece together the puzzle once word gets around about the book, and campers can identify each other. Hopefully, the process will bring more good memories than embarrassment. (Most grown women would cringe to see their dorky pubescent selves wearing a T-shirt emblazoned with “Sexy.”)

“The air is thick with adolescent sexuality. It’s a really intimate look at teenage life without adult presence,” said Sokol, regarding Sweet’s mastery of raw portraiture. “Everyone’s so young, even the authority figures. It’s like wait a minute, this guy’s in charge? He’s not even shaving yet.”

Sokol feels for the kids — and parents — who will miss out on camp this summer. On the bright side, they can stay at Camp Mountain Lake in spirit. One of Sweet’s former campers, Todd Leoni, bought the property in the Nineties to open the Mountain Lake Inn and is selling the rest as residential lots for cabins on a much grander scale.

“Andy was my counselor. He was a very sweet guy, no pun intended,” Leoni said.