The brand upped the ante for the fashion party season on Friday when it threw a bash for 1,500 after live-streaming its runway show across the world in 3-D. 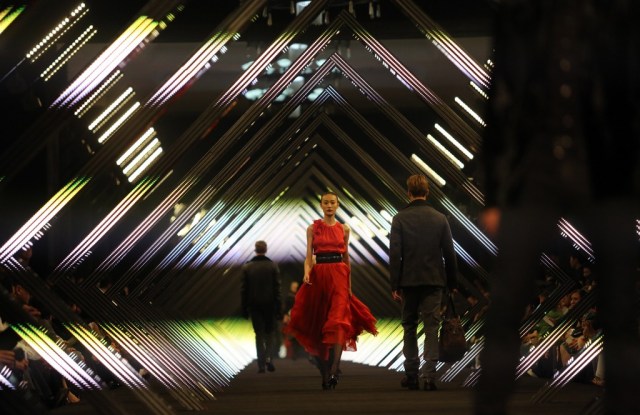 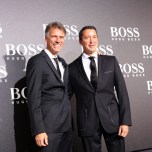 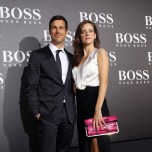 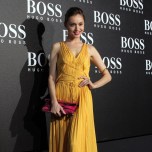 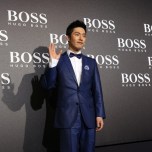 A NEW DIMENSION: Hugo Boss upped the ante for Beijing’s fashion party season on Friday, throwing a bash for 1,500 after live-streaming its first-ever China runway show across the world in 3-D.

The label, in China to kick off what executives have described as a major expansion of the brand’s retail presence in the country, put on a show of its Boss Black fall-winter collection for men and women at one of the capital’s grandest locations — the National Agricultural Exhibition Center, a sweeping complex of traditional Chinese garden architecture. Film stars Tilda Swinton and Ryan Phillippe were among the celebrities on hand for the show, where actor Chow Yun-Fat, the new face of Boss’ upcoming fall campaign in Asia, was the final model to walk the runway. The scope of the show underscored the importance of China’s growing market to the label.

Following the show, guests took to the gardens and halls of the exhibition center for dinner and a cocktail reception that featured everything from a swing band to DJ Michael Gaubert, who spun at least one tune by the late Donna Summer.