The show at Stanley Korshak was one of several the company has scheduled over the next few weeks. 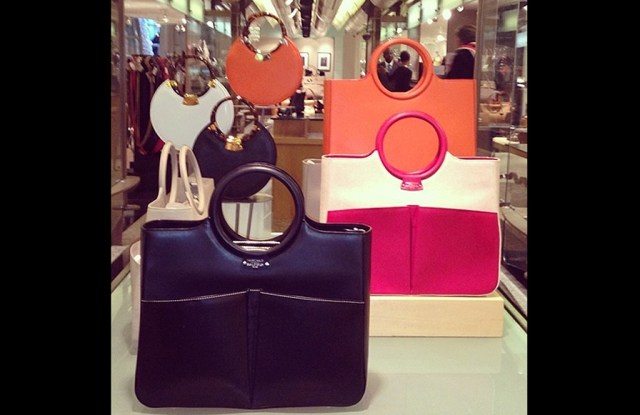 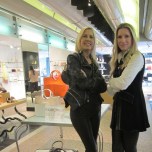 A WARM WELCOME: “We’re so happy to have you in the store — I love your bags,” enthused Rose Clark, executive vice president of Stanley Korshak in Dallas, as she introduced herself to Jill Fairchild and Karen Baldwin, the designing duo of Fairchild Baldwin, who held a two-day trunk show at the store Thursday and Friday. “I love your little mini,” Clark continued, her eyes sweeping over the handbag display. “It is so cute. Adorable. And I love the tortoise handle.”

The veteran merchant had instantly keyed into the detail that Fairchild and Baldwin envision as the collection’s signature.

“We want the bags to be recognized by the handle,” Fairchild said. “It’s all about the round handle. We’re trying to work it into the luggage, too.”

The Dallas trip was one of several the company has scheduled over the next few weeks. “We were in L.A., and we’re going to Palm Beach and Mitchells Richards in Greenwich,” Fairchild said. “When someone asks me where I live, I want to say, ‘On a plane.’”

At least next time they’re in Dallas they’ll get a home-cooked meal. “We’ll have a dinner party next time you’re here,” said Regen Horchow Fearon, whose father, cataloguer-turned-Broadway producer Roger Horchow, is friends with Fairchild.