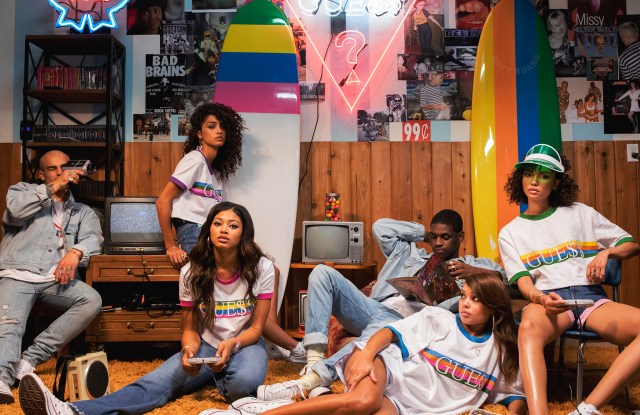 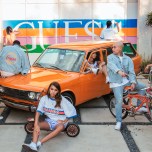 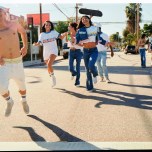 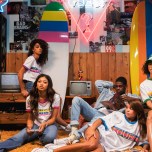 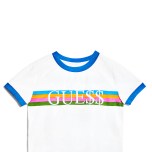 A$AP Rocky, who is arguably fashion’s favorite hip-hop muse, is teaming with Guess on a second capsule collection for its Guess Originals x A$AP Rocky line called “Guess Club,” which hits stores such as Opening Ceremony and Black Market on March 10.

Last February, the rapper, whose given name is Rakim Mayers, linked with the denim powerhouse to debut a Guess Originals x A$AP Rocky capsule, based on the company’s archival pieces from the Eighties. According to Guess founder and chief creative officer Paul Marciano, fans were camped out in front of Guess boutiques around the world to purchase the pieces, which sold out in hours.

Mayers called WWD last week from London, where he had just landed from Milan, where he sat front-row at the Gucci runway show. “The first collection was so well-received, we had an amazing turnout,” he said. “People actually understood my reasons for wanting to collaborate on that nostalgic collection. Growing up with an urban hip-hop background, Guess was part of that, in the ‘Menace II Society’ films and in my household. It was my own twist on archival pieces.”

It’s likely to be the case again. Mayers not only earns the admiration of sportswear gurus Marciano and Palm Angels’ Francesco Ragazzi, but also high-fashion designers such as Dior Homme’s Kris Van Assche and Gucci’s Alessandro Michele, as well as legions of loyal of music fans. His official Instagram account, for his collective A$AP Mob, has 858,000 followers and its Twitter account has nearly 450,000 followers.

The new collection, he said, is “all about my imagination. I’m a man-child, so the collaboration represents colorful, fun clothes, like a clubhouse collection. Like that hat that says, ‘Password’ on it. It’s all tracking back to my childhood: Saturday morning and early afternoon with cereal and cartoons, toys, records and eight tracks, Toys ‘R’ Us. I want to be a kid forever.”

Pieces include classic logo T-shirts, color-blocked denim, oversized jackets and high- and low-rise bell-bottom jeans. The women’s and men’s apparel ranges from $49 to $198 retail, plus a unisex $39 hat. Mayers said his favorite pieces are the pastel striped T-shirts, particularly one with a blue collar and rainbow stripe motif. “I love the fit, and that you can wear it with denim or khakis or whatever, it’s cool,” he said.

The campaign, shot by Hannah Sider in Los Angeles two weeks ago and directed by Mayers’ creative group AWGE, features Mayers and a posse of models chilling in said clubhouse, and rollerskating skateboarding in the street.

As for the fashion world at large, he said, “For the most part of lot of people and brands and houses take it very seriously.” He’s not in disagreement, but he takes a more balanced view. “I’m a Libra, so I’m a mixture of both. I’m a hybrid of high-end serious and playful at the same time.”

When asked whether he took in other shows while in Milan, he replied, “Only Gucci, baby.” It was his first time in the Italian fashion capital, and he described it as “not what I expected it to be. Put it this way, I like the way Florence and Venice look better.”

As for why he’s become such a muse for designers, he offered, “Not to toot my own horn, but I think they really recognize people who are authentic to their craft and brand aesthetic. I’m very particular. Everything is calculated. Not too calculated, but I’m cautious about who we want to be affiliated with. [Designers] identify with that fact, and I do the same thing. I consider them the best at what they do, and I consider myself the best at what I do.”

Lest people think he’s letting the scales tip too far into fashion, he assured, “I know I seem all ‘Zoolander’ with my sh-t right now but I’m in the studio every night. I have two projects right now, and with visuals and installations I’m always very hands-on. I can’t wait for people to hear the new music and hear what’s going on with me and what’s inspiring me.”

So when, exactly, is the new music coming out? “ASAP, no pun intended. The ‘Cozy Tapes’ stuff [the album from his hip-hop collective A$AP Mob] is coming out first.” On Jan. 27 via Twitter, Mayers previewed a track called “Please Don’t Touch My Raf.” “You know, like Raf Simons. It’s a popular hashtag,” he noted of the title.

For now, he remains in London recording. “It feels like home to me and it’s not too far from New York. Then I’m off to Hawaii and a few other places to record, and to Japan to get inspired.”