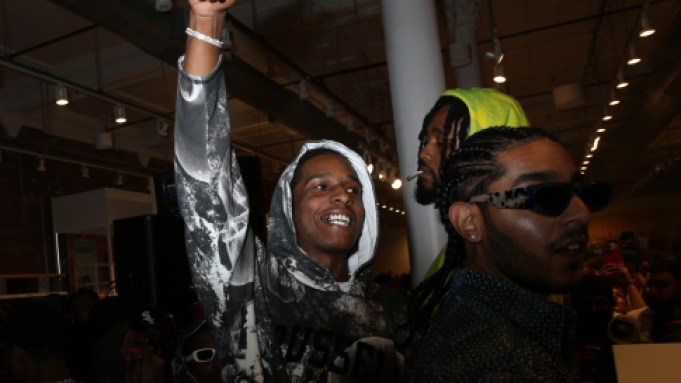 Friday night, A$AP Rocky showed off his PacSun partnership — and treated the crowd to a performance of one of his new songs at that.

The musician and modern-day fashion icon was recently revealed as PacSun’s guest artistic director, which was reason enough for the SoHo store to throw a party on a Friday night in New York City in August. The store is home to A$AP Worldwide’s collaboration with Russell and Vans, and in his capacity as guest artistic director Rocky will be working on premium streetwear.

“This collaboration is so special because it’s with me and PacSun, you know, and that’s special within itself,” Rocky said over email. “And all of these capsule brands that we’re doing, these collaborations, I think it’s genius and it’s going to be beautiful, and no other better partner than PacSun.”

The party featured Rocky taking the stage with Thottwat to perform a new song, “Bac Ah Da Beeper,” off his upcoming album. The song was featured in the recent PacSun campaign video.