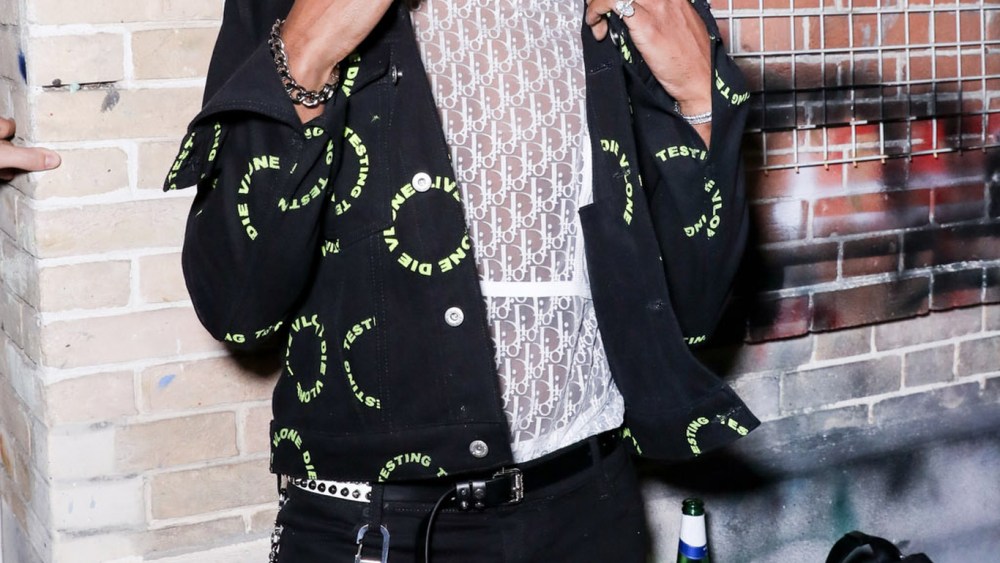 PRADA PARTY: A$AP Rocky and Takashi Murakami were among the crowds from the fashion, music and art world that squished into a packed courtyard in Paris Saturday for a cocktail party hosted by The Broken Arm and Prada to celebrate a recent collaboration.

The concept store is selling limited editions of a Prada shirt from the fall men’s and women’s collection and has an installation on the collaboration at Parisian store through June 25.

“We wanted to take advantage of people being in Paris for Fashion week to have a gathering and catch up with our friends,” noted Romain Joste, one of The Broken Arm’s founding trio that also includes Anais Farge and Guillaume Steinmetz.

It was standing room only, even if benches were scattered about the space — fashioned as giant Prada delivery boxes turned on their sides, from the label’s fashion show.

People hovered in front of bins of beer and mini Champagne bottles politely, before realizing they were free to serve themselves. The idea was to keep things casual, but Parisians are not accustomed to drinking out of bottles.

“It feels like drinking beer!” laughed Elie Top, taking a swig from his mini Champagne bottle between puffs on a cigarette.

Designers who had finished their fashion shows were feeling a brief sense of relief even as they turned to future projects.

“I can’t relax, I work too much, I haven’t had a holiday for two to three years or so,” said Kido Kostadinov, noting he had been winding down by sharing meals with friends.

Louis-Gabriel Nouchi, who took his label LGN to the catwalk for the first time earlier in the week, said the energy from his first show still felt fresh, but was already working on tackling future collections.

Having returned to Paris from a music tour, Pablo Padovani, the frontman for the French music group Moodoïd, was happy to hang out with his fashion friends. He had just released a new song with Japanese group Wednesday Campanella.

“It’s called ‘Cité Champagne’ — that’s why I’m drinking Champagne,” he smiled, lifting his bottle. Next month he plays in the “Days Off” music event in Paris, followed by the Summer Sonic festival in Tokyo in August.

A$AP Rocky and Takashi Murakami, who both attended the Louis Vuitton show earlier in the week, were part of the after-midnight wave, fashionably late.