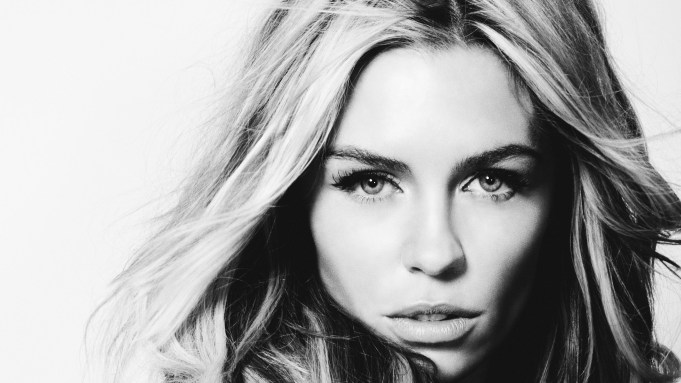 Kate Moss, Cara Delevingne and Kim Kardashian are also expected to appear in the film.

The comedy is based on the hit television show that follows the characters Edina and Patsy, played by Saunders and Lumley, as they bumble around London, decked in designer clothing and swilling Champagne. The movie will launch on July 1 in the U.K. and Ireland.

Clancy is a judge on “Britain’s Next Top Model,” was the face of Agent Provocateur for its holiday 2015 campaign and fronted Reebok’s fall 2015 women’s collection.

In November at the British Fashion Awards, Saunders and Lumley gave a taster of what is to come in the film. Wearing typically outlandish dress, they handed Stella McCartney her prize for brand of the year. Saunders, whose outfit made her look like the Dutch painter Rembrandt, referred to McCartney as “the woman who makes bags out of the pubic hair of wheatgrass.”

Later that week, they reprised their roles as Edina and Patsy at McCartney’s annual party to switch on the Christmas lights at her Bruton Street store. After that, both Lumley and Saunders danced around as traditional Scottish bagpipes played in the background.

“Thank you for all the love Stella. I promise we’ll fit into your clothes one day,” they said, finishing one another’s sentences.