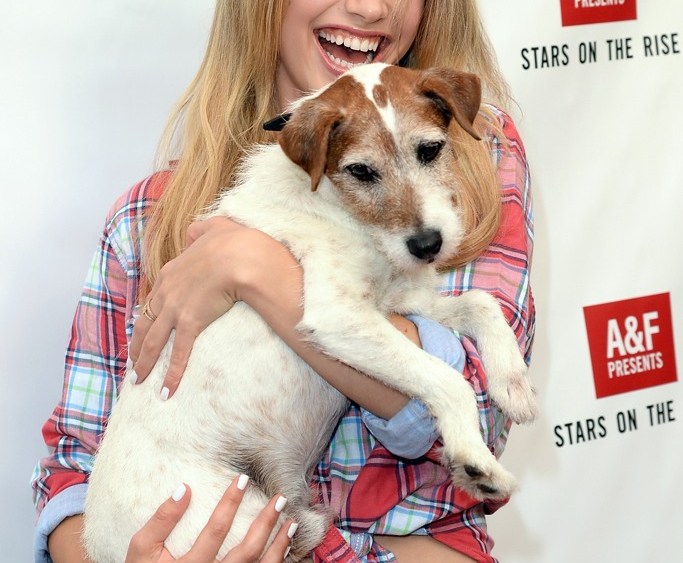 STARS HEAD BACK TO SCHOOL: On Thursday Abercrombie & Fitch went back to school a bit early with a party at The Grove to celebrate the launch of its Stars On the Rise campaign shot by Bruce Weber. The ads feature up-and-comers Jacob Artist, Emayatzy Corineald, Scott Eastwood, Johnny Ferro, Taylor Handley, Ashley Hinshaw, Alex Kaluzhsky, Lily Rabe, and Halston Sage, all of whom attended the party. “The shoot was so amazing. We shot in Santa Barbara, which was absolutely beautiful, and working with Bruce Weber has definitely been one of the great experiences I’ve had. Plus all of the actors were a lot of fun!” said Rabe. “Glee” star Artist said he just wrapped a film called “White Bird in the Blizzard” and “Grown Ups 2” star Sage just finished “Townies” with Zac Efron. She also starts filming her new NBC series, “Crisis” next month. The denim-based collection, which hits stores over the weekend features embellished shorts, jeweled headbands, and high-low hems for women.