Increased demand for the luxury vodka's lifestyle offerings has led to an Elyx Boutique at Fred Segal and a pop-up at The Original Farmers Market in L.A. 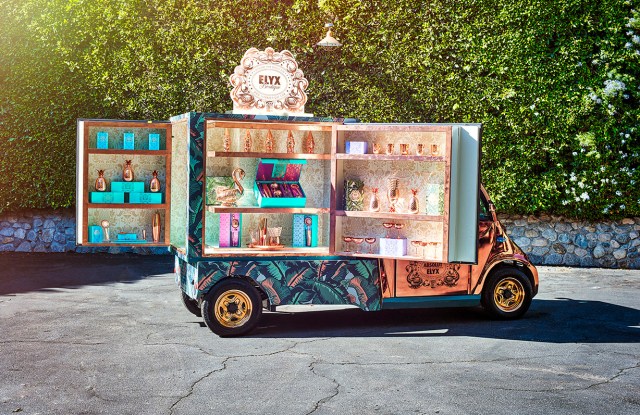 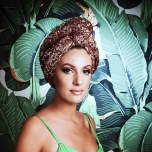 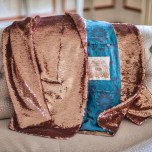 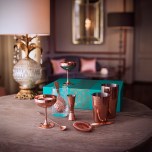 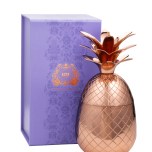 Capitalizing on the retail trend toward experiences, premium vodka brand Absolut Elyx is growing its burgeoning lifestyle brand with a pair of physical retail outposts in Los Angeles. There is an Elyx boutique at the new Fred Segal in West Hollywood, and on Nov. 27, a mobile version, dubbed the Elyx Boutique Buggy, will land at The Original Farmers Market adjacent to The Grove, through Dec. 24.

Jonas Tåhlin, chief executive officer, said he didn’t set out to sell products other than vodka when he launched the brand three years ago. The focus was on experiential marketing via private events at his historic Hollywood estate, which doubles as a venue for private dinners for the likes of Kate Hudson and Lady Gaga.

The brand developed a copper pineapple cup in partnership with the Edition hotel in Miami a couple of years ago, and started rolling out more items at private events at the Elyx house in Los Angeles. The precious metal is used in its distilling process, with a 1921 still and packets of copper that are used to give the vodka a smooth taste.

“Whenever we had parties, perfectly respectable people were stealing these items, which was frustrating at first. So a year ago we launched elyxboutique.com and the item went out of stock. That’s when we realized we’d become a lifestyle brand, and it just started to grow organically,” said Tåhlin.

Absolut Elyx soon added copper barware and cuff links, and copper sequined bow ties and jackets by Any Old Iron, as well as turbans by Julia Clancey. Retail prices range from $50 to $990 and its first pop-up launched last holiday season in Bryant Park.

“We’ve been getting more requests from customers who want to see and touch these things, so it’s been somewhat of an unexpected turn, like Porsche going into design. It’s never happened in the spirit industry before,” he said. “It’s no longer about what you are drinking, it’s about how you are seated, what you are drinking your cocktail out of, that says a lot about your choices. It could be quite a revolution.”

For every item sold, the brand provides one week’s worth of clean drinking water through the Denver-based NGO Water for People. To date, it has helped 30,000 people access clean drinking water. “Any good luxury brand has a sense of giving back. It might not affect what people buy, but they can feel good about their purchase. I liked that about Toms and Warby Parker, which had philanthropy built into the business model,” Tåhlin said.

While the next step is setting up freestanding  stores, the brand first plans to go into select Williams Sonoma locations.