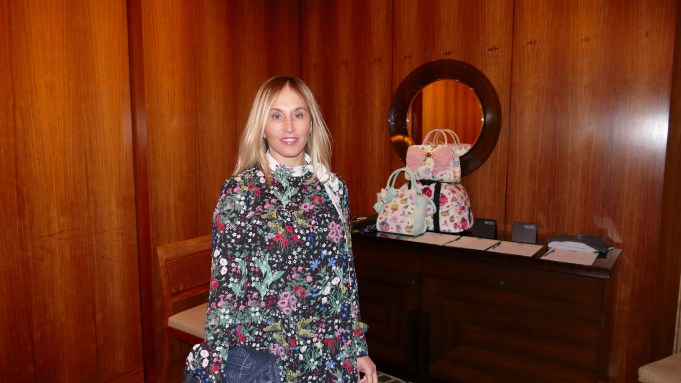 EARNING THEIR WINGS: The Accessories Council and the Dylan’s Wings of Change foundation teamed for a January market week charity cocktail function on Tuesday evening in New York.

Held in the upper echelons of the Time Warner Center’s residential floors, the event included a silent auction of more than 40 accessory designs by the likes of Charlotte Olympia and Sergio Rossi. Attendees including Jill Haber, Simon Alcantara and Adrienne Landau helped raise more than $5,000 for the foundation.

Dylan’s Wings of Change, a charity named for Dylan Hockley, a child who was killed at the 2012 Sandy Hook Elementary School shooting, benefits various extra-curricular programs for students with autism — a developmental disorder that Dylan had been diagnosed with.

The charity was posthumously cofounded by his father Ian Hockley, who said: “We started the foundation as a way to help children with autism. Dylan had autism, and those children need so much help, so much additional resources, and that’s what the foundation tries to do.”

Hockley was linked with the Accessories Council through a mutual friend of the organization’s president — Karen Giberson — who enlisted a roster of designers to donate butterfly-themed product — the charity’s insignia — for the silent auction.

“We heard about the charity and obviously were exceptionally moved and felt like we could do something to help make a difference. Plus, as a parent, I don’t know how any parent could hear this story and not want to do something.”

The event was held just one week after President Obama took official, controversial, measures for gun control reform. Hockley — directly affected by the same tragedy that publicly moved the President to tears last Tuesday — said of the executive branch’s proposed plans: “They are really common-sense measures. He is really just extending some rules that are in place to close some loopholes and make it consistent.

“I support what you would call responsible gun ownership. People have the right to own guns but it should only be the right people who own guns, and anyone arguing against that really needs to understand what [Obama] is trying to do.”