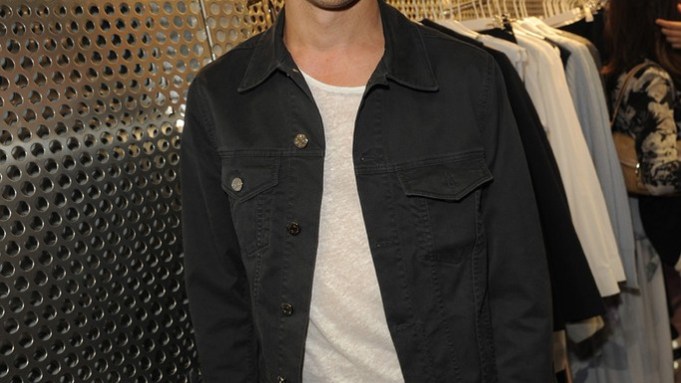 IN THE NAVY: The new Acne Studios store on Quai Voltaire in Paris was hopping during its opening cocktail on Thursday night. “It” girl Jeanne Damas — who appears in Macy’s Maison Jules campaign — revealed she will appear online for Stella McCartney.

“I will do the photo next week in Paris,” she said of the project that is meant to break at the end of October.

“I played one of the founders,” he said, adding he acts alongside the likes of Gérard Depardieu and Tim Roth. Next week, Northover plans to fly to New York for the premiere, on Oct. 7, of a movie by Agnès b. in which he features.

Lambert Wilson has finished shooting “Suite Française” and “Barbecue.” He said he’s a huge fan of Acne, which he discovered in Stockholm while visiting friends.

“The reason why I love them is because they have a lot of navy blue stuff — and I am so crazy for navy blue,” he said.