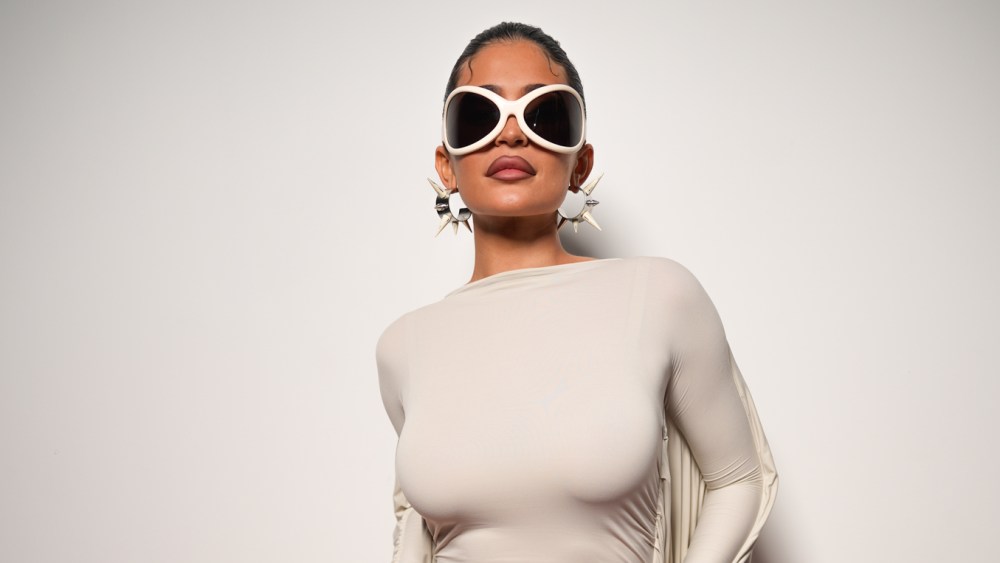 On Wednesday, it was a scrum of mega proportions outside the Palais de Tokyo as fans, passersby and street-style photographers jockeyed for the best positions to see the guests of Acne Studios’ 10th anniversary show on Wednesday.

Those who successfully ran the first gauntlet found the inside was no less crowded, but definitely plusher and warmer than the museum’s front stoop.

Pink carpeting covered the floor and guests meandered around rosy beds with cushions dotted with seating cards, pausing to snag a drink from passing servers or to check out candelabras made of seashells.

“It’s nice to be at a fashion show and on the other side, [rather than] backstage,” commented 2022 LVMH Prize winner Steven Stokey-Daley as he took in the pink-hued scene at the show.

He was one of several compatriots who were in Paris to enjoy the shows, including “House of Dragon” breakout star Emma D’Arcy, “Sex Education” headliner Emma Mackey, Anya Chalotra and the most Parisian of British people, Jane Birkin.

Sitting nearby, British singer Celeste described how it felt to perform for the late Queen Elizabeth II’s Jubilee only months before the monarch’s Sept. 8 death.

“It was a surreal experience to begin with,” she explained. It made her aware of taking part in the end of an era but also highlighted the late royal’s importance for many women, including her own grandmother.

“I think the Queen [held] a beacon from the 1940s to the present for women who want to define themselves as something, of the way we’re expected to be held in society,” the singer said.

The brouhaha increased as a pair of security agents cut through the crowd, flanking beauty entrepreneur Kylie Jenner, sporting a pair of aerodynamic looking sunglasses and a curve-hugging cream dress.

When prompted, she wished a “happy 10-year anniversary in Paris” to the Swedish label, having revealed that she loves how she feels when wearing Jonny Johannson’s designs.

For anyone finding the scrum or even this edition of Paris Fashion Week overwhelming, “Gossip Girl” and “You” star Kathryn Gallagher offered her fail-safe recipe: bracelets made of lepidolite and black tourmaline.

Not only do the black and purple stones look great together but “get that going, [add] a little clear quartz [and] you’re chillin,’” said the American actress, a staunch believer in the power of crystals who became a cofounder of online crystal store Vibes Metaphysical Supply Store during the pandemic.