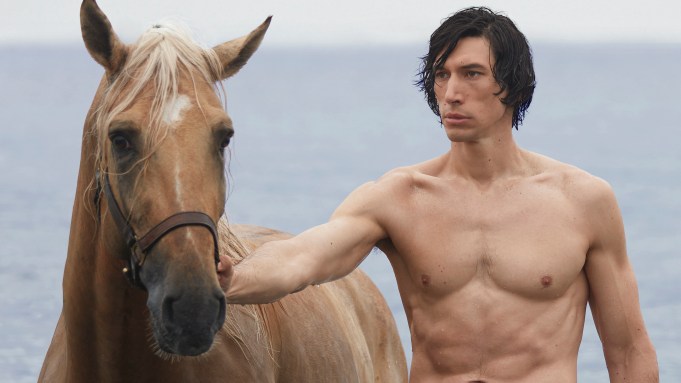 Adam Driver is continuing his partnership with Burberry with a new campaign.

The design house revealed on Monday that the Oscar-nominated actor is the face of its new fragrance, Hero Eau de Parfum. The campaign comes after Driver was tapped last summer by Burberry to front its Hero Eau de Toilette scent.

Driver’s initial Burberry Hero Eau de Toilette campaign went viral last summer. The campaign featured Driver shirtless on a beach and posing on a horse. The campaign was photographed by Mario Sorrenti and the campaign video was shot by Jonathan Glazer.

When the first campaign was released, Burberry creative director Riccardo Tisci stated he wanted the fragrance to “encapsulate modern masculinity, to play on the essence of primal human and animal instincts.”

On Driver, Tisci stated: “I am so thrilled to have worked with Adam Driver. He has incredible depth in articulating what masculinity means today — how strength can be subtle, and emotions can empower.”

Driver teamed with both creatives again for the second Burberry campaign, which similarly shows Driver posing shirtless on the beach and riding a horse. The campaign is described as capturing “the enigmatic and adventurous Adam Driver in awe-inspiring beauty of the natural world,” according to Burberry.

Similar to the Eau de Toilette scent, Burberry Hero Eau de Parfum is a fragrant green scent created with notes of cedarwood, pine needles and benzoin. It is available for purchase $171 for a 5-oz. bottle.