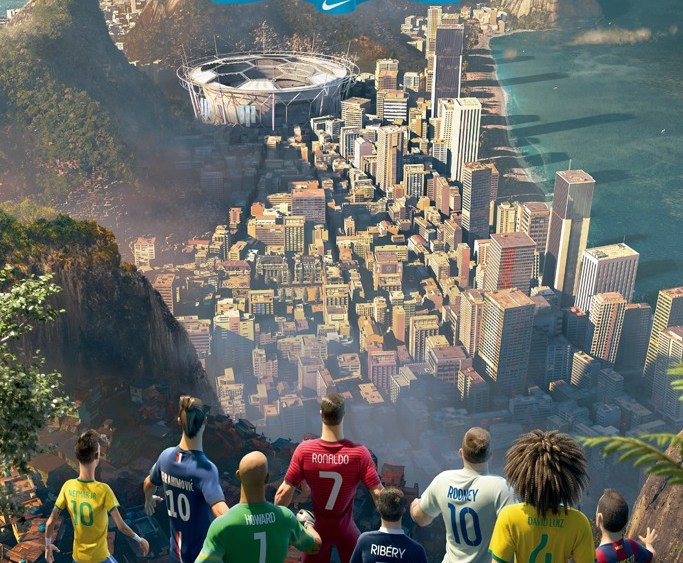 NO RED FLAGS: While most soccer fans would consider Germany and Argentina to be the big winners in this year’s World Cup, both Adidas and Nike are claiming victory on the social media front.

As the official partner of the FIFA World Cup, Adidas’ focus is to “bring fans closer to the tournament than ever before and to provide access and content that they can’t get elsewhere,” an Adidas spokesman said. Views from the stadium fields, locker rooms and tunnel are on tap @adidasFootball. There are also illustrated recreations of key match moments, as well as a live talk show called “The Dugout” hosted by KickTV from Adidas World Cup headquarters in Rio where players like Brazil’s Cafu have stopped by.

Even Adidas World Cup soccer ball has its own Twitter feed — @bracuza — and nearly 3.4 million followers to boot. Contenders for the World Cup’s MVP were announced there Friday. That’s where scores of fans can relive the controversial goal that France’s Kareem Benzema scored to defeat Honduras. Another wildly popular must-see has been Colombia’s Pablo Armero demonstrates the on-field dance he and a few teammates did after beating Greece.

Meanwhile, Nike suited up 10 of the tournament’s 32 teams. The Nike Football Twitter account has reeled in more than 2.3 million followers. In its recent year-end earnings report, Nike posted a 21 percent gain to $2.3 billion. Its #RiskEverything campaign, consisting of three videos — The Last Game, Winner Stays and Men in the Arena, has racked up 388.6 million views.  The three films released for #RiskEverything have collected over 400 million online views. The animated Last Game five-minute spot was developed by Nike with help from Wieden & Kennedy and Poison, a London-based agency led by Tank Girl creator Jamie Hewlett.

Over at @adidasFootball Germany’s Thomas Mueller’s hat trick versus Portugal has been a standout clip with many of the nearly 1.5 million followers. Adidas also has a U.S. specific Twitter account @adidasSoccer, which has 82,800 fans.

All in all, Risk Everything has had 6 billion-plus campaign impressions in 35 countries via TV, cinema, digital/mobile, gaming, print and outdoor. And one-third of those impressions have been via mobile devices. That has lead to Nike’s record digital viewership of 372 million views, thanks to the Beaverton, Ore.-based brabd’s all-time top two digital videos, as well as two of the top 20 digital video brand campaigns.

Nike’s Risk Everything efforts seem to have been everything but risky, considering there have been 22 million campaign engagements to date, as in likes, comments and shares. A Nike spokesman noted there have been 650,000 uses of #riskeverything in social media, 250,000 user-generated risk everything “memes” to date, an average 100-second stay at the mobile site and more than 5 million visits to product pages at Nike’s site.

Nike’s chief marketing officer Davide Grasso said, “This summer Nike is connecting with consumers through football like no other brand. Our goal is to serve players and consumers with inspiration and innovation, so the reception we are seeing to the #riskeverything campaign proves that we’re achieving that with unrivaled success.