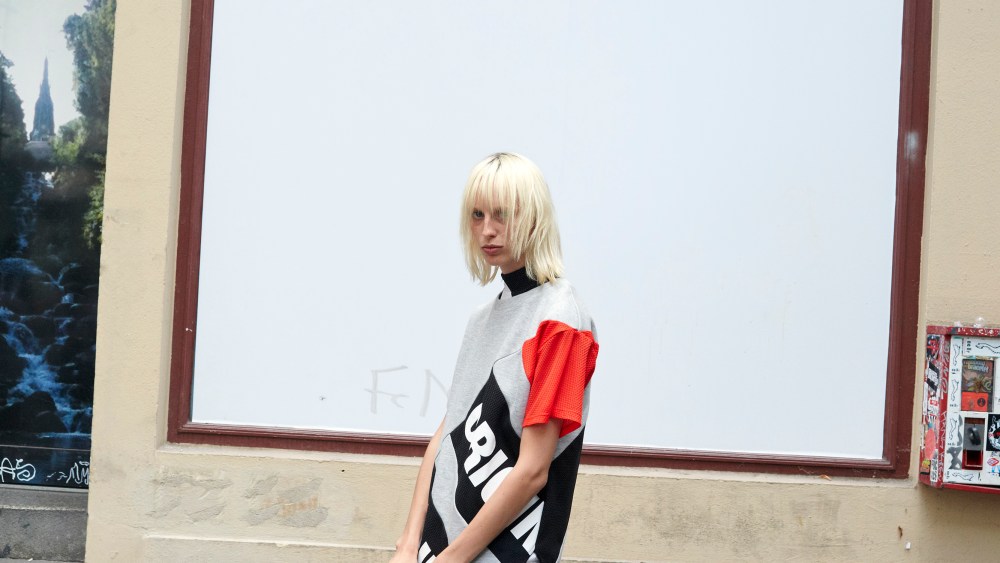 Adidas Originals has plucked the EQT, a Nineties-era sneaker that was big in Berlin, from its back shelf and put it front and center with a big media push.

There was an event in December during Art Basel Miami, a poetically sporty-apocalyptic video released, titled “Original is never finished” that was set to Frank Sinatra’s “My Way,” earlier this month, and, now, a Juergen Teller campaign timed to the new EQT’s retail launch Jan. 26. It’s Adidas Originals’ biggest campaign of 2017.

Teller shot the campaign on male and female models wearing the sneakers and the new EQT apparel collection on the streets of Berlin. His German background and eye for the gritty and stripped bare worked nicely with the EQT’s Berlin associations and its “only the essentials” design philosophy. Adidas Originals chose to spotlight the EQT this year because “2017 is a “no bulls–t” year for Originals,” said Alegra O’Hare, vice president of global brand communications, Adidas Originals. “EQT is the best expression of everything that is essential and nothing that is not, so we decided to introduce a fresh interpretation of the EQT silhouette in a new, iconic colorway.”

The sneaker’s original green, black and white look has been updated with turbo red.