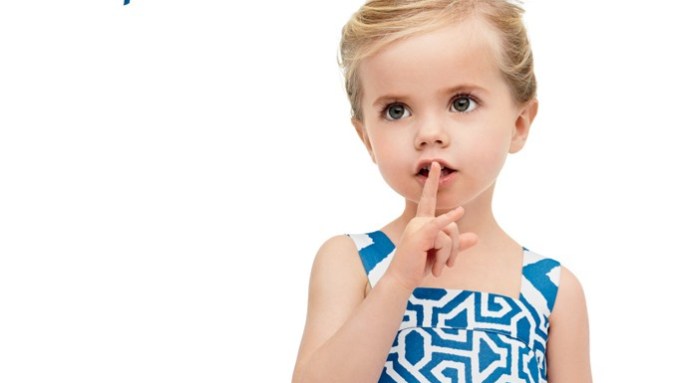 ADVENTURE TIME: In a promotional video for Diane von Furstenberg’s limited-edition collection for GapKids and BabyGap, girls wearing dresses and rompers with bold, colorful prints encounter paper animals with similar patterns. “My idea was to make the little girls look like explorers,” said von Furstenberg, who used African-inspired prints and safari themes in the collection.

A girl wearing a wrap dress with a blue and white abstract pattern sits atop a matching elephant while a child in a turquoise dress with big white flowers roars at a hippo covered in pink hearts. “I actually worked on it personally,” von Furstenberg said of the collection, her second for GapKids. “I had a lot of fun. It’s a limited engagement. People have to rush and go get it.”

The line for girls from newborn to age 14 rolls out Thursday in all Gap stores in the U.S. and on gap.com. Von Furstenberg will be on hand, helping customers shop, at a private event on Wednesday at Gap’s 680 Fifth Avenue location in New York.

Von Furstenberg delved into her archives to find the patterns. “It had to be the essence of DVF,” the designer said. “You had to go down to the roots. One of the patterns from my archives is from a collection called Under the Volcano. I also added a few new prints and adorable printed jeans that I wish I had.”