Agi & Sam Team With Lacoste Live on a Capsule Range 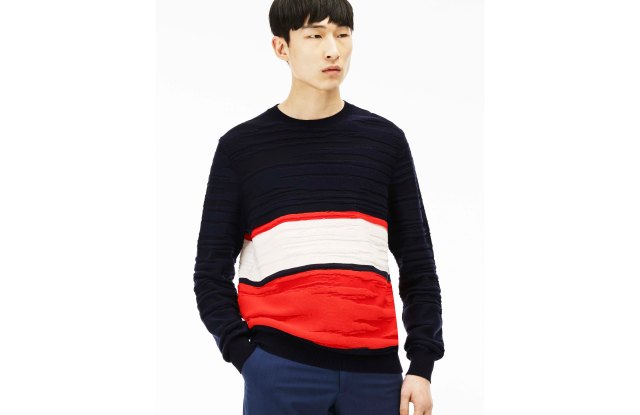 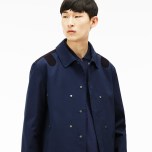 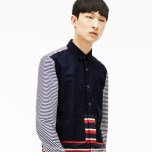 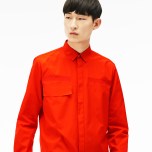 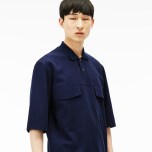 Agi & Sam was founded in 2010 by Agi Mdumulla and Sam Cotton. Last summer, they won the Woolmark Prize’s British Isles regional men’s final (and in January lost in the finals to winner Suket Dhir, who represented India, Pakistan and the Middle East).

For the collection, the London-based design duo looked to René Lacoste and scoured the Lacoste archives for inspiration. Mdumulla and Cotton fused their label’s British tailoring aesthetic and love of bespoke textiles with the casual sportswear that Lacoste is known for.

“We decided to partner with Lacoste Live after we were asked to collaborate on a shoe,” Cotton said. “The shoe team decided that the pitch we gave them would be even stronger as a full collaboration and was passed over to the Paris HQ. Lacoste is a such an amazing company with massive amounts of heritage, so it was an easy choice to decide to work together.

“We had a very pinch-me moment, when we were first developing samples over in Paris,” Cotton said of creating the range. “There was a team of 12 people from Lacoste in the room at once, working on this collection, all nattering away in French. There was one person for tailoring, his assistant, one woman who dealt with knit, one with sourcing, etc. Luckily we had a translator, too, which helped a lot!”

The Agi & Sam Lacoste Live 13-piece collection consists of sporty, tailored outerwear, sweaters, shirts, T-shirts and shorts with color-blocked patterns in a palette of blue, white and red. A pair of tailored shorts done in a red-white-and blue stripe combo was paired with a bold red oversize T-shirt while a white T-shirt with the Lacoste alligator logo reimagined in a red-white-and blue graphic was worn with a navy blue chinos.

Lacoste Live has partnered with designers in the past including Cool Cats, Bape and JonOne.