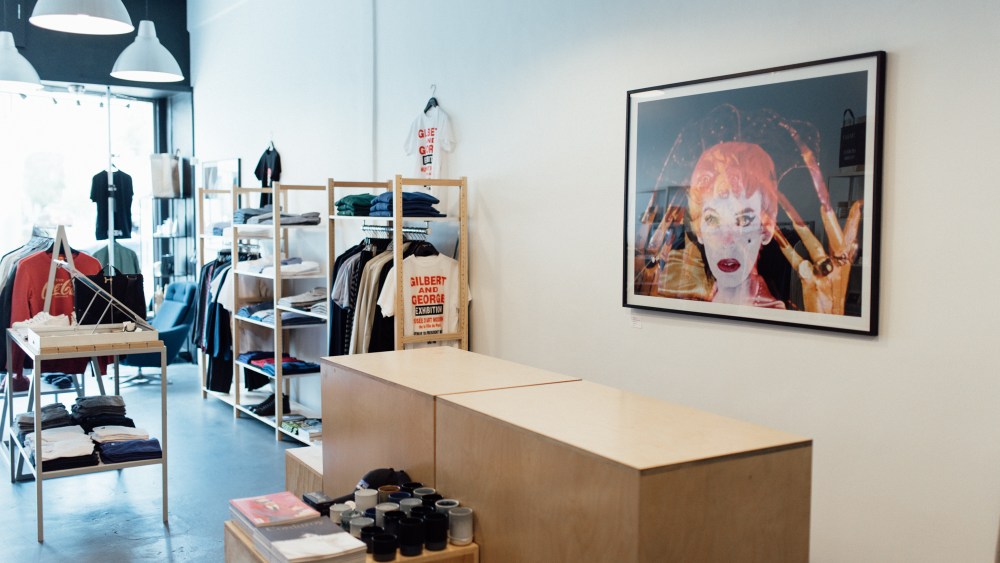 PARIS IN L.A.: French label agnès b. has delved back into the Los Angeles market with temporary shops-in-shops at men’s lifestyle boutique Wittmore.

The retailer’s two locations in the Arts District and West Third Street now feature items from the agnès b. spring and b. forever collections, along with unisex T-shirts done in collaboration with artists such as John Giorno and Mel Bernstein. The agnès b. takeover inside the two Wittmore stores are also accompanied by an installation of exclusive photographs by the filmmaker Kenneth Anger.

“I remember back in the day, I used to walk through SoHo all the time and [agnès b.’s] store was on Prince Street and I used to love going into the store and seeing what art installations were there as well as her unique approach to merchandising,” Witt said. “The clothes were always minimally put out and there was always an integration of art and photography.…It was one of the brands that I wanted to aspire to and to save my money to purchase something.”

When Witt caught wind of the fact that the label was interested in getting back into the L.A. market, he jumped at the opportunity to pursue the brand.

“The meeting of the minds happened,” Witt said. “It was a true partnership organically of what I saw the brand to be and also what Agnès herself and how she wanted her brand interpreted.”

The offering at the two Wittmore stores is currently 80 percent men’s with the Arts District store also selling an assortment from the agnès b. core capsule collection of classic pieces for women. That marks the store’s first foray into having a small women’s capsule, but it’s too soon to say if Wittmore would continue expanding into the women’s market, Witt said.

The agnès b. items will be in store and select pieces online through the end of June.