The fashion designer delivered an invigorating speech on Wednesday at the Parsons Paris benefit.

These were the opening words of fashion designer Alber Elbaz’s speech Wednesday night at the first Parsons Paris fundraising gala, held on the Place Vendôme and hosted by Parsons Paris dean Florence Leclerc-Dickler.

After a cocktail where guests could discover projects and silhouettes created by students of Parsons Paris, the French branch of The New School’s Parsons School of Design, Elbaz was handed an award from Julie Gilhart, fashion consultant and chief development officer at Tomorrow Ltd., honoring his contribution to fashion over the years.

“I ask myself if in this age, in this time, do we still need schools?” questioned the designer in his acceptance speech. “Could we not learn it all virtually? Could we actually have a screen replacing a human being, a teacher?

“Of course we still need schools — it’s a massive ‘yes,’” he continued. “Schools are the one place where you can still dream and your teacher will make your dream come true.” 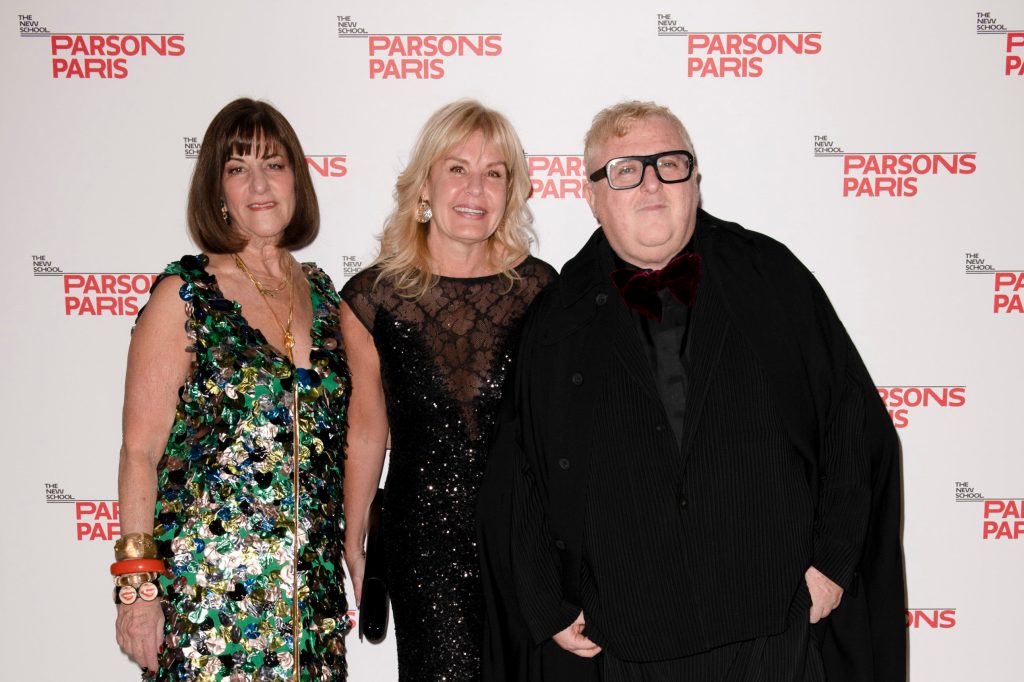 The designer opened up about the break he took following the termination of his contract at Lanvin, where he was creative director from 2001 to 2015.

“In the last few years I took some time off and a little break from fashion,” said Elbaz. “I spent my time traveling around the world, giving a lot of master classes. More than I wanted to teach, I wanted to understand what is next. What is fashion all about today? What is the role of a designer today? I wanted to understand if fashion was only a powerful industry or also a force for the future. We are living in a time of change and uncertainty but it is also a time of renaissance.

“The designers today are not less good than Vionnet or Madame Grès,” he continued. “The only thing we miss is a little bit of time. That’s why sometimes we are less creators than curators.”

He closed his speech with a couple of words on his new project, a venture with Richemont known as AZfashion providing wardrobe “solutions” for women. “If we look for comfort we will never find the truth,” said Elbaz. “This is where I am today — not in my comfort zone. I am starting all over again.” His last words were greeted with rapturous applause.

Elbaz had many fans that evening, one of them being Pyer Moss designer Kerby Jean-Raymond.

“I’ve heard him speak many times, he’s such a charismatic and charming person,” said Jean-Raymond.

Despite being a relatively recent business owner — the designer founded his brand in 2013 — Jean-Raymond still feels it is part of his role to support young designers. “It’s very unbecoming of us as creatives to close the door behind us once we’ve reached the pinnacle of success,” he said. “So it’s important to continue to find new ways to help the next generation come up after us.”

The evening continued with a look back on the creation of both Parsons and Parsons Paris, a jazz concert by students of The New School’s College of Performing Arts, and a live auction, the benefits of which went to help create more scholarships.