The show at Luxembourg & Dayan gallery is the artist's first U.S. exhibition in half a century. 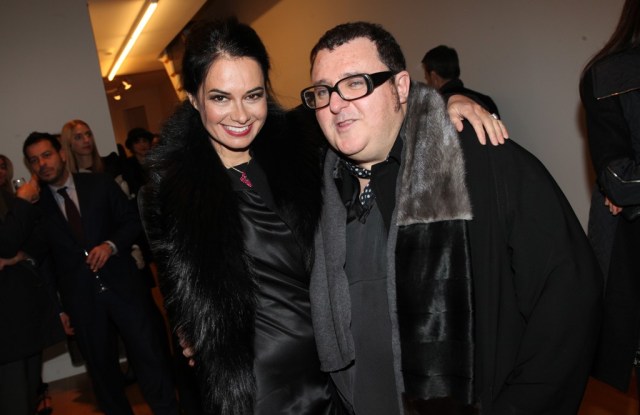 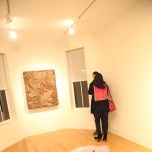 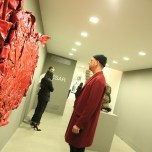 HAIL CÉSAR: A big thumbs-up from Lanvin and Luxembourg & Dayan gallery — positively giant in the case of Pouce, the 8-foot-tall bronze thumb sculpture by César Baldaccini positioned outside of the 77th Street gallery in New York. It served as a de facto welcome sign for guests attending Wednesday night’s cocktail party, hosted by Lanvin’s Alber Elbaz and Lucas Ossendrijver to toast the César exhibition on view at Luxembourg & Dayan through Jan. 18. The show is the first U.S. exhibition of César in half a century and features two dozen works displayed on the first three floors of the townhouse gallery, which had been courting César’s estate to mount the show for years. “The minute the estate was resolved we had six months to prepare the exhibition,” said Daniella Luxembourg, who enlisted her friend Elbaz to help celebrate César beginning last month in Paris. Three of César’s sculptures are on display in the windows of Lanvin’s Paris boutique on the rue du Faubourg Saint-Honoré. The fashion house also hosted a picnic for the exhibition at the École Nationale Supérieure des Beaux-Arts on Oct. 25.

Aside from his friendship with Luxembourg and general interest in art, Elbaz said he felt a personal connection to César. “I realized that for 10 years I was sitting at the Crillon at the bar and the bar was designed by César, so thanks to him I gained some pounds.” The designer was in New York to shoot his spring ad campaign with Steven Meisel and decided to add a cocktail party to the agenda. “When I come to New York it’s always so short, and running out and running in,” said Elbaz. “Then you think, ‘Let’s do a red-carpet event’ and I thought, ‘I don’t want any carpet in any color. I just want to invite my friends, and just say hi and bye and have a drink.’” An intimate crowd of editors, art people and friends said their hi’s and bye’s among the displays of sculptures. Asked if he could take just one with him, Elbaz said, “Of course, the thumb — the big one.”