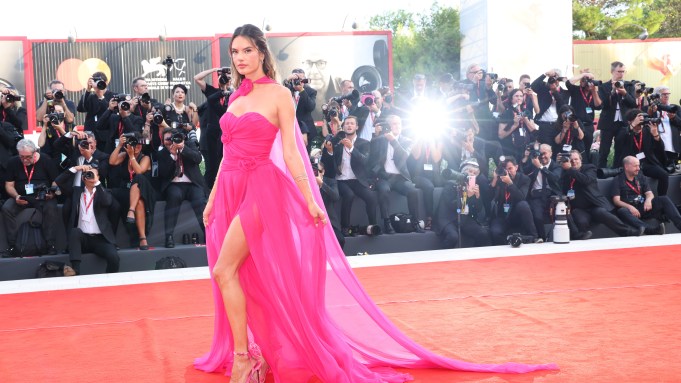 Alessandra Ambrosio had an eye-catching fashion moment on the first day of the 2022 Venice Film Festival.

Baumbach’s “White Noise” starring Driver, Cheadle, Greta Gerwig and others, is an apocalyptic dark comedy adapted from the 1985 novel of the same name.

Ambrosio arrived in Venice Wednesday afternoon where she wore a white lace mini dress paired with a white blazer. She was photographed walking the streets of Venice wearing an orange chiffon wrap dress.

The model previously attended the Venice Film Festival in 2015 where she wore a black sheer Philosophy di Lorenzo Serafini gown with Chopard jewelry.