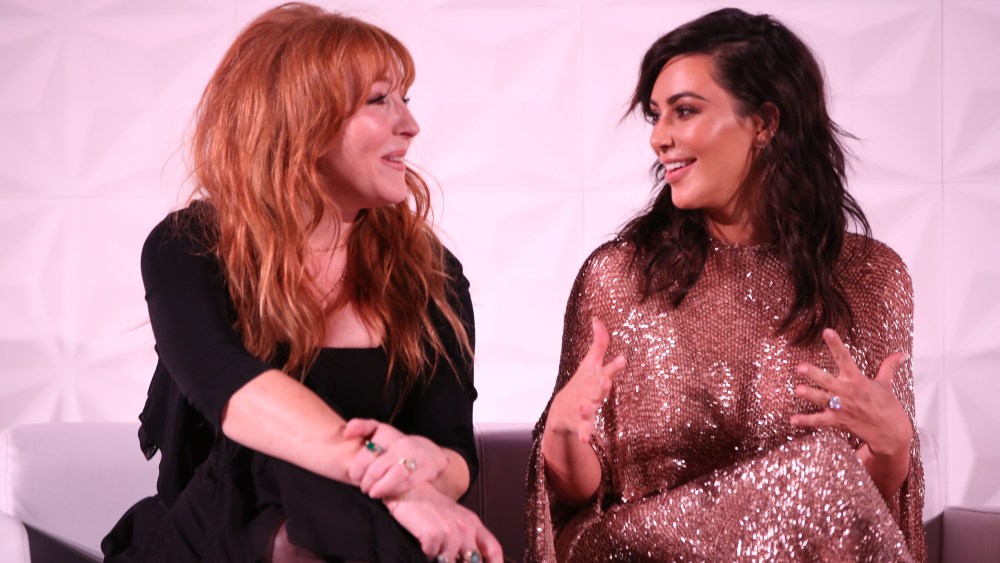 IN VOGUE: Kim Kardashian, Alessandro Michele and Peter Dundas were among those who took to the stage at the Vogue Festival in London, which ran over the weekend at the National Geographical Society.

British Vogue’s editor in chief Alexandra Shulman admitted that Gucci’s Michele topped her list of speakers for this year’s festival, as “he has brought up a lot of important questions about the industry.”

When asked about his creative process, the designer talked about obsessions, plus the ability to dream and break rules.

“I just try to see what happens when you put your feet on the accelerator. My idea for Gucci was crazy, but that’s the only idea I had. I was sure I’d be fired after the first show,” Michele said. “You have to be open to dreaming. It’s a complicated language but I’m obsessed with it.”

Despite the financial responsibilities that come with being Gucci’s creative director, Michele explained that he tries not to think about market pressures.

“In the past 10 years the market has become oversaturated with products. People are ready to wear something different. Fashion is not about product, it’s about an interesting idea that you can’t resist buying into,” said the designer. “If you love this job you can transform the pressure into energy.”

During an earlier panel discussion, Dundas, Christopher Kane and Jenny Packham also talked about the pressures coming from the industry’s fast cycle.

“Time is one of the biggest subjects in fashion. Something has to give at some point, because you need to design so many collections and sometimes it feels like you just have to churn it out. I have a love of sketching and when I don’t have time to do that, something has to adjust,” said Roberto Cavalli’s Dundas.

Another hot topic was the new buy-now-wear-now model.

Packham said that given the work that goes into producing her pieces — a dress can take up to three to four weeks to make — it wouldn’t be possible to manufacture collections in advance. “Our business couldn’t take producing all this stock in advance, but what would work is promoting the collection with a consumer and press event closer to the time that it’s available to buy,” Packham said.

“People forget the work that goes into the garments. I don’t want to keep up with the high street,” added Kane.

As for Cavalli, the brand is adapting its strategy by making clothes available to pre-order. “A lot of department stores do the same, and it can allow them to take bigger risks or to avoid making a bad decision,” Dundas said.

Vetements’ chief executive officer Guram Gvasalia discussed the brand’s ethos. He highlighted the label’s commitment to showing wearable clothes on the runway and producing pieces in limited quantities, because “if we were to produce more we would ruin our reputation and lose respect.”

Kardashian’s talk with Charlotte Tilbury was another sold-out event. The reality star and the makeup artist talked about how social media has influenced their respective brands.

“People relate to me because I’m the same person on YouTube, so it’s very authentic,” Tilbury said. “I offer solutions to women even if they can only spend five minutes doing their makeup.”

Kardashian talked about using her app to almost re-create her life for fans to follow. “I share my favorite looks and my schedule with the mobile team, so that my character can be at the same place, almost like virtual reality,” she said. “I really enjoy sharing my life. The positive outweighs the negative.”

Tilbury has named a lipstick after the reality star as part of her new collection dedicated to women she admires. “I was so honored when she told me. It’s the perfect nude,” Kardashian said.

The Kardashian family also came up during a talk between American Vogue’s editor at large Grace Coddington and British Vogue’s fashion director Lucinda Chambers during which they discussed the rise of celebrity models.

“I worked with Kendall [Jenner] in the past, and she was lovely but it was too quick. You don’t have time to have a relationship with these girls anymore,” Coddington said.