LONDON — The Red Rose dress that walked down the fall 2019 Alexander McQueen catwalk, a voluminous piece made of intricately draped red taffeta, led Sarah Burton to explore the brand’s ongoing love affair with roses and to bring her work together with that of her predecessor, Lee McQueen.

The result is “Roses,” an exhibition housed on the second floor of the brand’s London flagship — a space dedicated to creating experiences for the public.

The striking Red Rose dress sits at the center of the room alongside snapshots showcasing how it went from toile to its final stages. It’s surrounded by other pieces in a similar shade of red that share similar points of reference, including a red and white crystal-embroidered piece from Lee McQueen’s “The Girl Who Lived in a Tree” fall 2008 collection, as well as pieces from the “Widows of Culloden” range.

Further down, toiles of pieces from Burton’s fall 2019 range — including the tuxedo jacket featuring satin sleeves shaped like rose petals and recently seen on Cate Blanchett — hang on rails, while a video with the brand’s head of atelier Judy Halil gives an insight into the creation process.

Other standout pieces showcased in the range include the “Sarabande” dress by Lee McQueen, which was originally made using real roses and has since been restored nine times with fake alternatives, even though a single rose from the original iteration remains intact. 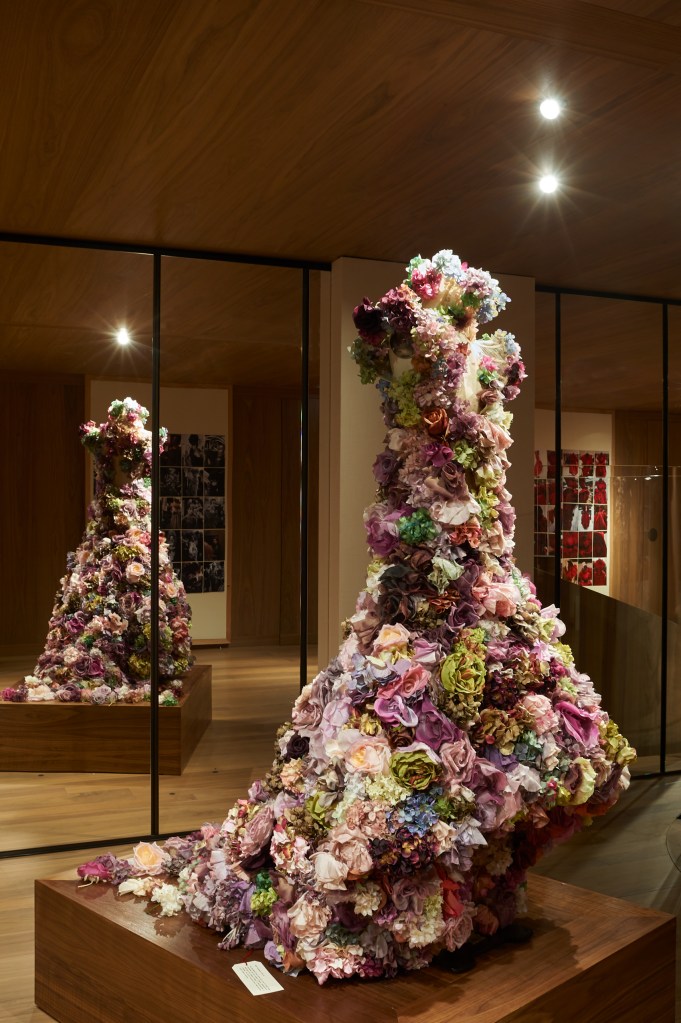 There are also heavier floral-embroidered hessian pieces by McQueen next to a piece by Burton made using tapestry and needlepoint roses, that highlight the parallels between the two creators’ works.

A label hangs on each dress detailing its composition, which guests are encouraged to pick up.

A table that resembles the pattern-making table in the brand’s design studio, sketches on the walls and a typographical video, where Burton talks about her creative process, come together to give guests a glimpse into the workings of the brand.

“I liked that the dress was blood red, that’s very McQueen. I imagined this big volume around the face, to halo the face. As we were growing it, it really felt like it had this nod to Queen Elizabeth,” Burton says in her on-screen interview. 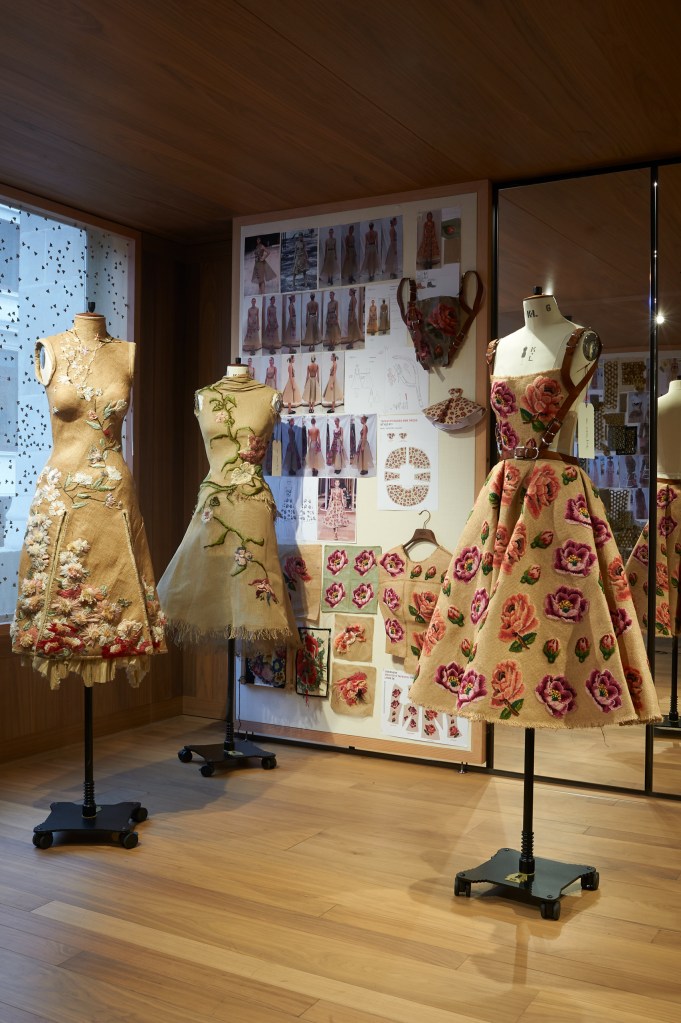