The 4,200-square-foot space opened Sunday in the Aoyama neighborhood. 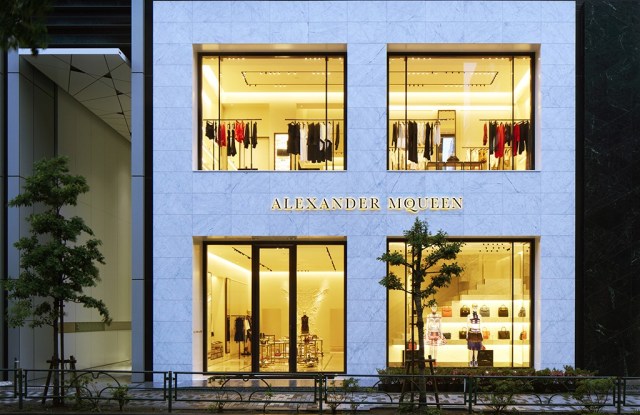 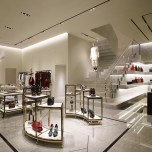 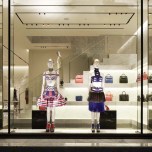 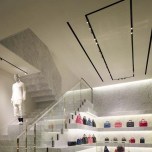 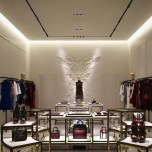 The store, which was opened Sunday, joins labels including Givenchy, Prada and Marc Jacobs in the Tokyo neighborhood, and sits next to Balenciaga. “The environment seems a good fit for McQueen — it’s quite an open, contemporary environment, which we like,” said Jonathan Akeroyd, chief executive officer at Alexander McQueen. “Of all the areas in Tokyo, I think that was the natural fit for our brand. We’ve taken our time to make sure we get the right space.”

The two-story store carries Alexander McQueen’s men’s and women’s wear collections, including runway looks, ready-to-wear designs and accessories, and will also showcase the house’s classic pieces, such as its skull scarves and knuckle-box clutches. The Aoyama store adds to an Alexander McQueen accessories unit, which opened last year in Tokyo’s Roppongi Hills neighborhood. Prior to opening the Aoyama store, the label’s presence in Japan was primarily through its shops-in-shop in department stores, which the company operates. Akeroyd noted that while Japan is an “important” part of the firm’s business, it’s a smaller market for the label than the U.S. or China.

“I think that’s because [Japan] is very much a retail model,” Akeroyd said, “So I think this [store] really will be the start for us being able to build on that.” While Akeroyd declined to provide sales projections for the new store, he said he expects it to be “an important store within our portfolio.”

The boutique’s design spotlights a number of details that are unique to the space. They include walls covered in plaster paneling, with one panel that features a molded motif of wings, shells, cactus flowers, sea horse tails, skulls, gargoyles and leaves. Akeroyd noted that the process of modeling the panel specifically for the store took about two months. “It’s something that has a lot of consideration,” he said. “It’s important from Sarah’s point of view that we adapt and change [the store concept] so that it doesn’t feel like you’ve been there before. For customers that travel, it’s important to see a bit of personality there.”

Other details include a staircase crafted from a single piece of white marble, along with an artwork that the house commissioned from contemporary artists Takeo Hanazawa and Takao Togashi. The piece is a chandelierlike structure suspended from the store’s ceiling, which hangs down the center of the staircase. The piece is inspired by a Japanese ink paint called the “Hyonenzu,” and features hanging sculptures of gourd vessels, catfish, skulls and shell fragments.

In terms of further retail openings, Akeroyd said Alexander McQueen will open its third store in China, in Chengdu, this summer, with openings in Monaco, Vienna and Harbour City in Hong Kong — the label’s third store in the region — set for later this year.