The Mayfair flat’s interiors are an homage to the late designer. 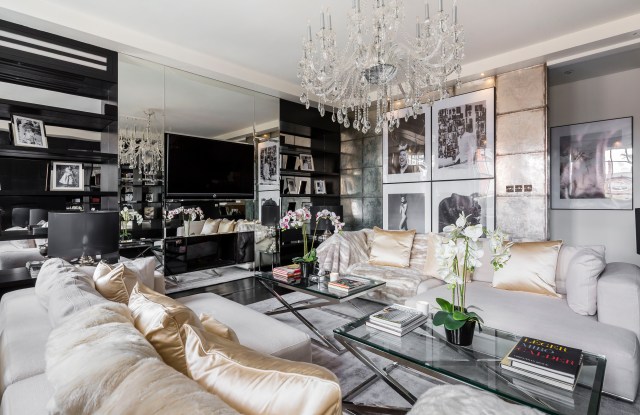 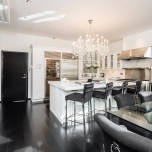 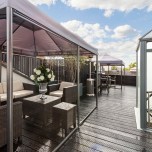 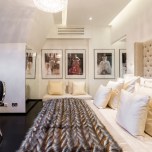 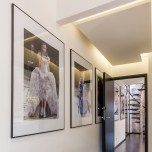 MCQUEEN’S MAYFAIR: The current owners of the Mayfair penthouse that Alexander McQueen was refurbishing at the time of his death has gone on the market with Knight Frank for 8.5 million pounds, or $10.7 million at current exchange.

The penthouse flat, at 17 Dunraven Street, not far from Hyde Park, has since been decorated by Paul Davies London as an homage to the late designer, at the request of the current owners who had purchased the property from a McQueen trust.

The interiors of the 1,790-square-foot duplex penthouse include portraits of McQueen, and his friends Isabella Blow and Annabelle Neilson, catwalk and fashion images and skull motifs on wall mirrors. The roof terrace has been completed following planning permission originally submitted by McQueen.

“It was a two-year labor of love,” said Alex Lawrie, a spokesperson for Paul Davies London. “The current owner bought it as an investment, but later wanted to refurbish it as an homage to Alexander McQueen.” The current owner has asked not to be identified.

Harvey Cyzer, partner at Knight Frank, said the flat has been “painstakingly refurbished” and is part of a “very exclusive” selection of newly refurbished apartments in Mayfair. And while all of the creamy tones, high-shine interiors and rich, glossy finishes may not reflect McQueen’s penchant for the Gothic and decaying, the interiors appear to be a sincere tribute to the late designer.

McQueen had purchased the majority of the current property for 2.53 million pounds, or $3.72 million, in April, 2009. He lived in a flat on nearby Green Street, where he committed suicide in early 2010, aged 40.

McQueen famously loved both flats’ proximity to Hyde Park, where he would walk his dogs, Juice, an English bull terrier, and Callum, a Rhodesian Ridgeback, both of which he provided for in his will.

McQueen would not have been the only famous person to live in the red brick building, which was originally the London home of the Mountbatten family, and later inhabited by the British humorist P.G. Wodehouse. The building was divided into flats after World War II.