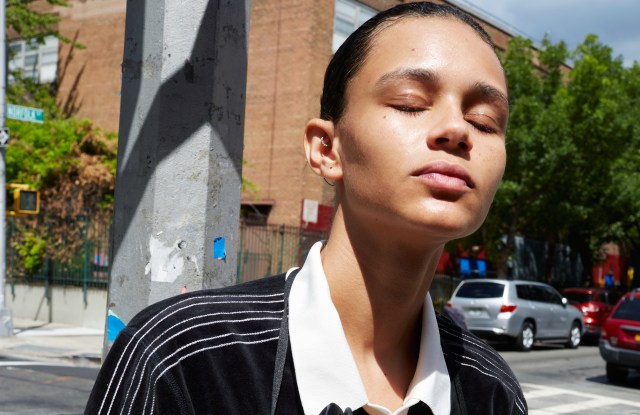 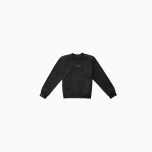 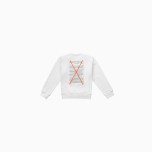 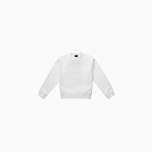 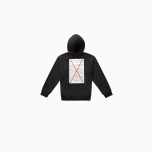 Designer Alexander Wang sent Instagram ablaze on Saturday night, breaking news of his collaboration with Adidas on the runway of his Spring 2017 collection at New York Fashion Week.

The New York designer’s partnership with the athletic-wear giant, called Originals by Alexander Wang, proves the ath-leisure trend still has lots of steam, with brands like Puma, Nike and others pushing the gym-meets-streetwear hybrid — hard.

Wang’s limited edition collection is unisex, and comprised of nine pieces, including t-shirts, sweatshirts and hoodies emblazoned with the iconic three stripes logo. Playing on the inventive Pop-Up shops that celebs have been so successful with of late — Kanye West, Rihanna — the designer will retail his collection via “Pop-truck.”  Starting Sept. 17 trucks will hit major cities, such as Tokyo and London, selling the merch on wheels. Trucks with Wang x Adidas line hit a few location in New York City on Sunday afternoon, including  in SoHo, Midtown and Williamsburg. Wang first hinted at the collab on Instagram and Snapchat last week, cryptically posting the phone number, 917-325-3342, which can be used to find the schedule of when a truck may be near you.

The larger collection will feature 84-pieces and hits retail in Spring 2017. It will also be sold on the designer’s own web site.

Wang’s past collaborations have proven to be successful, most notably, his partnership with H&M in 2014, which drew enormous crows at H&M stores in Europe and the United States. Wang is currently in the midst of a Pop-In Shop campaign with Nordstrom, which is selling limited edition pieces from his current collection, as well as specialty items, such as shot glasses emblazoned with words like “strict”, “girls” and “tender.”

If the social media reaction to the new collab is any indication, Wang and Adidas could make some beautiful music together. Some top Instagram posts on the subject:

There is only one word I can use to describe @AlexanderWangNY show last night- WOW! Music, short film, after party, an eclectic mix of music artists and pop stars, McDonald's and 7-Eleven slurpee food truck…and at the end, the surprise collaboration with Adidas: tops, pants, and jackets all with Adidas’s logo turned upside-down. #wangsquad #nyfw #alexanderwangxadidas #alexanderwang #fashionablysunprotected #fashionweek

My last show of the night @alexanderwangny teases us with his #adidas collab. #wangsquad #nyfw #alexanderwangxadidas P.S. Hiii @_charlottecarey so proud of u!

See the entire collection in our gallery: