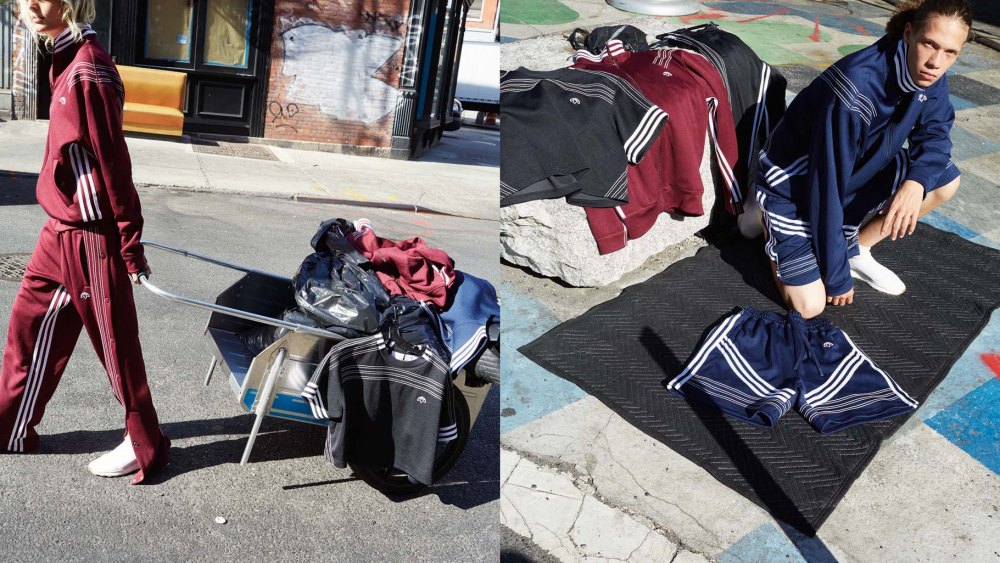 The second bundle of Alexander Wang’s designs for Adidas Originals will be released to retail Wednesday.

On March 1, select global retailers will sell the 14-piece collection. Initial stockists include Barneys in New York, Colette in Paris, Boon the Shop in Seoul, Antonioli in Milan, Storm in Copenhagen, Joyce in Hong Kong and Dover Street Market in Tokyo.

A wider release in Adidas Originals and Alexander Wang stores, as well as online, is scheduled for March 4.

The campaign was shot by Juergen Teller, with creative direction by Ferdinando Verderi. Looks were styled by Karl Templer.

The first round of Wang’s collaboration with Adidas Originals was unleashed in a buy-it-now fashion, following his spring 2017 runway show. It was comprised of nine pieces: including T-shirts, sweatshirts and hoodies emblazoned with Adidas’ iconic trefoil logo.

Shoppers in London, Tokyo and New York were instructed to visit “pop-truck” retail environs where merch was sold on wheels. Much of the merchandise sold out.

The designer has experience in this field. Wang’s past collaborations have proven to be successful, most notably, his partnership with H&M in 2014, which drew enormous crows at H&M stores in Europe and the U.S. Wang is in the midst of a Pop-In Shop campaign with Nordstrom, which is selling limited-edition pieces from his current collection, as well as specialty items, such as shot glasses emblazoned with words like “strict,” “girls” and “tender.”