The designer's ready-to-wear campaign might not show a lot of his clothes, but it does reveal his sense of humor. 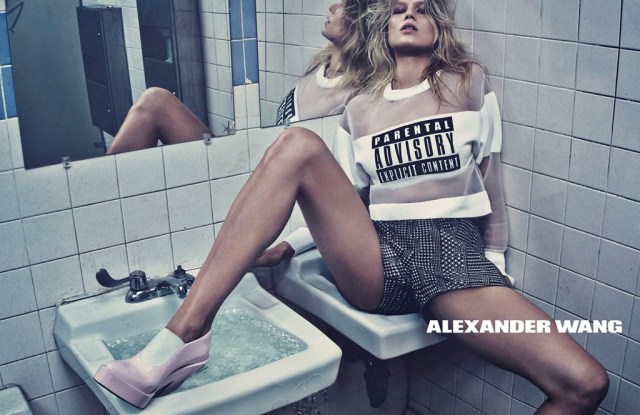 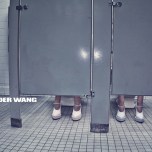 The ad, set to make its debut midmonth on the billboard located on Lafayette Street and Great Jones Street in New York, is set in a beat-up bathroom stall in The Old School in SoHo.

“Since the spring-summer 2014 collection plays on the duality of naïveté and perverse explicitness in youth culture, we wanted to shoot the campaign in a very familiar environment most people grow up reminiscing about,” said Wang of his inspiration for the campaign. “I loved blurring the lines between censorship and humor.”

Karl Templer was responsible for the styling of the campaign, with makeup, hair and manicure credits going out to Diane Kendal, Paul Hanlon and Gina Edwards, respectively.

Ads are set to run in spring issues of fashion mags such as Love, CR Fashion Book, Self Service and Interview magazine.