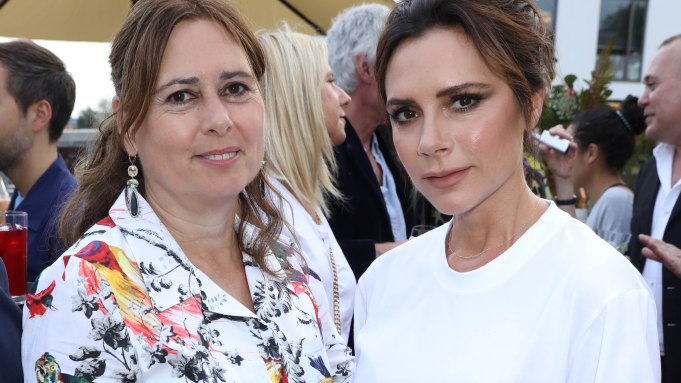 END OF AN ERA: After revealing her decision to step down from her role of editor in chief at British Vogue, the time has come for Alexandra Shulman to leave her post. She marked the end of her 25-year tenure at the publication and the beginning of a new chapter in her life with an intimate drinks reception at the riverside restaurant Dock Kitchen, in West London.

“It’s finally happening but it’s still difficult to know how I feel; it’s almost like an out-of-body experience,” said Shulman. “I’m leaving on such a positive note, everything at Vogue over the 25 years has been so great and at the office, people were obviously sad to see me go but at the same time excited for the future.”

Shulman is also excited for the future and open to the changes that are coming ahead for the magazine.

“I feel attached but not protective. It’s natural that the magazine becomes a reflection of its current editor; when I started 25 years ago I changed quite a few things so I look forward to seeing it evolving,” added the editor.

As for her much-speculated next move, nothing is yet set in stone: “There’s a few things I want to do. I definitely want to do more writing but I’d also love to work on the other side of the industry; I’m really interested in retail and the business side of fashion.”

Designers, friends and Vogue contributors who worked with Shulman throughout her career attended to celebrate the end of an era at British Vogue.

Chambers also stepped down from her post last May and the British stylist and creative director Venetia Scott was named her successor earlier this month. Scott was incoming editor Edward Enninful’s first appointment.

“Alexandra has been such a great support throughout the years, it’s sad to see her go but at the same time it’s exciting to see what happens. I’m really happy that it’s Edward [Enninful], he would be my pick if I had a say in the decision,” said Freud.