The French designer, who spent eight years at the house, is selling around 100 outfits and accessories. 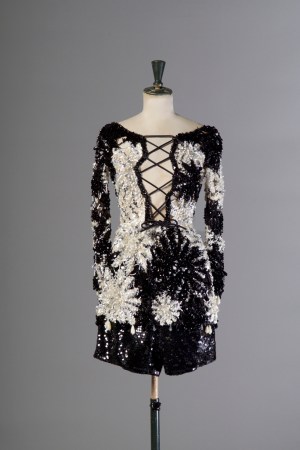 Tom Brady Memorabilia to be Sold on Fanatics Network

What to Know About Netflix’s ‘The Crown’ Season Four

The designer, who spent eight years at the house working under former creative director John Galliano, is offloading around 100 outfits and accessories on Oct. 9 at French auction house Ivoire’s branch in his hometown of Lyon.

Among the lots are a gown from Gianfranco Ferré’s fall 1995 couture collection for the luxury house, originally worn by German model Nadja Auermann and estimated at 5,000 euros to 6,000 euros, or $5,590 to $6,700 at current exchange.

A Ferré dress from 1994 with a hood and train, featuring a tiger pattern partially embroidered by Lesage, clearly reflects Mabille’s personal aesthetic.

Buyers will also have a chance to snap up some of Galliano’s most memorable creations, such as a newspaper print jacket from fall 2000 and a logo-print denim skirt with a saddle-shaped panel from the same year.

Rarities include a 1995 red runway wig designed by hair supremo Odile Gilbert, and a Fifties-era pair of black satin stilettos with a glitterball tip, designed by Roger Vivier under the Delman for Christian Dior label.

Rounding out the sale are a host of lower-priced items including hats by Stephen Jones and Philippe Model, scarves, bags, sunglasses, shoes and a pair of Galliano-era silver briefs, in addition to a smattering of creations by other designers such as Yves Saint Laurent and Isaac Mizrahi.