The designer celebrates with friends the day after his ready-to-wear show. 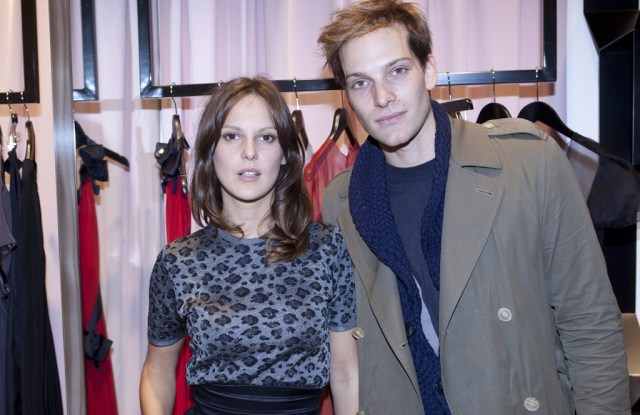 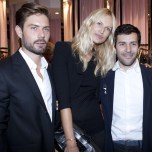 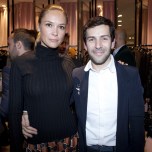 TAKE A BOW: With his runway show out of the way and his first store now open, anyone would think Alexis Mabille would be taking a well-earned rest. But that would be out of character, the energetic designer confided at the party to mark the boutique’s inauguration Thursday evening. “I’m a bit hyperactive, I tire everyone else out, and I don’t get stressed for a second,” he said.

That was not the case for Emil Humbert, one half of architecture duo Humbert & Poyet, responsible for the store’s design. “It stresses me out to see so many people in here,” he said, as guests indiscriminately put down Champagne flutes and handbags on the store’s fittings.

Demure actress Elodie Navarre had found a rare empty corner of the store to chat with a friend. “My mother worked with Nicole Farhi in London for many years, and she taught me to love fashion. But to be honest, I only really dress up to act,” she said. “I’m trying to discover what it’s like to dress fashionably in everyday life.”

Navarre just got back from shooting a made-for-television movie for Franco-German channel Arte in China. Up next is an international tour of Clément Koch’s hit play “Sunderland,” inspired by the French author’s experiences while a student in the northeast of England in the Nineties, when he worked part-time in a car factory.