Artistic types took a turn around the Hôtel d'Evreux in Paris to discover the couturier's latest offering. 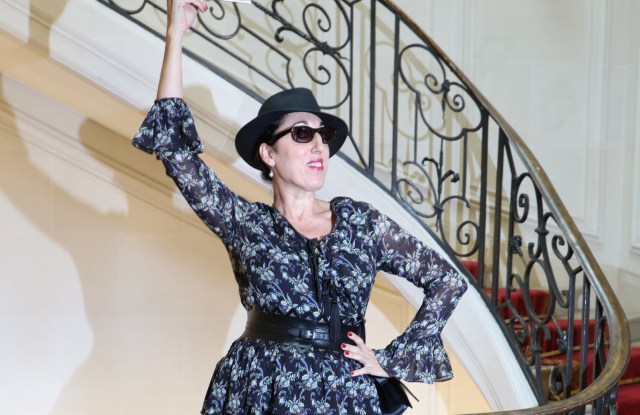 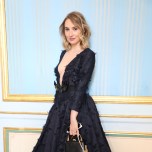 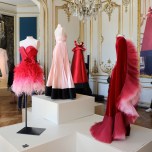 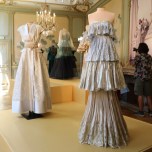 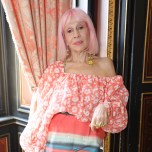 CASTING A VOTE OR TWO: Two months after the election that brought Emmanuel Macron to power, French comedian and playwright Amelle Chahbi was still talking up voting at the Alexis Mabille presentation.

“Voting is an opportunity. I vote because I want to be an actor in the life of my country, not just an actress,” she said. During the recent campaigns, Chahbi directed a series of YouTube short films titled “Et toi pourquoi tu votes?” (“And Why Do You Vote?” in English) to encourage young voters to participate.

Coming up next for her is a spot on the jury of the Vendanges du 7ème Art, a film festival taking place in the Médoc wine-producing region of France between July 11 and 16, but she’s also considering writing a part for French actress Audrey Lamy. “I met her on the set of ‘Coexister,’ my husband’s upcoming movie, and I laughed so much, I have abs of steel,” she joked.

“The one service I really want to splash on is for someone to handle the small things in life — getting milk, dealing with paperwork,” Belgian actress Deborah François said, noting that she’d recently discovered the wonders of having a stylist to handle her sartorial choices. She stars in “Loue-moi,” a romantic comedy where she plays a young woman available for unusual services such as pretending to be the perfect daughter or agony aunt.

Meanwhile, artist Marie Beltrami is working on an exhibition on crosses, and finished writing “Inga Binga,” a surrealist tale. “Articulating all the elements of my story took a while, because I had never written,” she said.