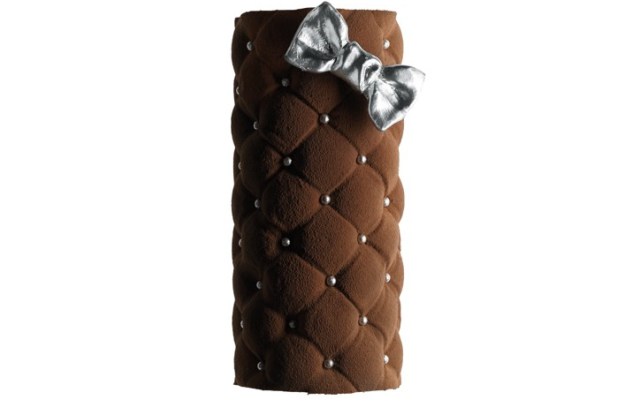 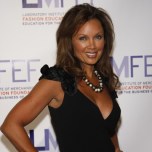 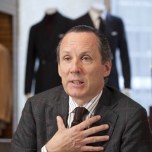 LOG IN: Designer Alexis Mabille has joined forces with mythic Paris tearoom Angelina (which has served as stage for many of his fashion shows) to create a limited edition Christmas log. Developed with Angelina’s head pastry chef Sébastien Bauer, the quirky dessert, which boasts a quilted surface dusted in cocoa powder, a silver bow and edible studs, will be unveiled at the cafe tonight along with a range of new Angelina pastries. The log will be available for order from Angelina from Dec. 21 to 26.

CHARGED UP: The Manhattan District Attorney’s office added a host of charges and an additional victim in its electronic spying case against former Dolce & Gabbana publicist Ali Wise on Monday. At a late morning hearing in New York criminal court, a prosecutor said Wise now faces four counts each of computer trespass, eavesdropping, computer tampering in the fourth degree and aggravated harassment in the second degree, and one count of stalking in the fourth degree. Wise was arrested in July for allegedly using a service named SpoofCard to hack into the voicemail account of interior designer Nina Freudenberger. Later that month, Dolce & Gabbana said the publicist was no longer with the company, but did not elaborate. Wise initially was charged only with one count each of computer trespass and eavesdropping, both Class E felonies that can carry a prison sentence of up to four years. The other new charges are misdemeanors. In a revised criminal complaint, prosecutors allege Wise used SpoofCard, which can bypass voicemail security, more than 1,000 times between April 2006 and June 2009. The complaint accuses Wise of targeting one victim’s phone number at least 337 times and another’s 137 times and of overhearing and deleting messages on the accounts. Wise arrived in court Monday in a black overcoat and red-soled Louboutins. She didn’t speak at the hearing, which was so brief the New York Post’s sketch artist was still shading Wise’s blonde locks 10 minutes after she left. Outside the courtroom, her attorney, Edward Kratt, avoided most questions but said SpoofCard shouldn’t be considered computer tampering. Wise is due back in court in January.

ZEGNA’S NEW REALM: A hip, young crowd gathered in Hong Kong’s neon-bathed Tsim Sha Tsui on Thursday to enter Ermenegildo Zegna’s new 7,300-square-foot Global Concept Store designed by Peter Marino. In town for the celebrations, chief executive officer Gildo Zegna persuaded the store’s staff to open the doors a little earlier than expected to accommodate the shoppers peering in with their noses pressed against the glass. “The Nineties were all about the U.S., which is still important, but now it’s time for this part of the world,” said Zegna, adding the company expects to post a 30 percent jump in sales in Asia this year. Thinking ahead to the company’s centennial next June, Zegna said plans are in place for a 10,000-square-foot Global Concept Store in Las Vegas and another store at Lippo Centre Shanghai, which will feature a special retrospective exhibition.

PRE-FUNK: In anticipation of last night’s Whitney gala, the co-chairs of the Whitney Contemporaries joined forces with Vogue and threw a party at Moschino on Wednesday. Hosts including Maggie Betts, Coco Brandolini and Harley Viera Newton mingled among guests at the Meatpacking District boutique and admired artist Ryan Humphrey’s exclusive window installation titled “Darkness at Sunrise.” The artwork will be on display through the end of the month.

ANNIVERSARY IN RIO: Melissa, the plastic shoe company that seems to have developed collaborations with nearly every major designer over the last few years, is celebrating its 30th anniversary with a blowout on Oct. 27 in Rio de Janeiro (the company is based in Brazil). The company has rented a colonial home overlooking Guanabara Bay for the occasion, within which different exhibits will be set up to showcase previous collaborations, notably one with Zaha Hadid, as well as the history of the brand, and the way in which the shoes are made. (A machine will be brought in to create miniature samples of the shoes.) For those without an invite but eager for a backstage glimpse, there’s plenty of time: The exhibit, titled “Melissa Eu! Celebrating 30 years of dreams in plastic,” will be open to the public for three weeks following the party.

POSH PORTS: The thundering percussion of bongo drums drew revelers into the Ports 1961 showroom in Chelsea on Saturday night, where LIM Fashion Education Foundation honored Vanessa Williams at their second annual Fearless event. Event chair Michael Palladino, a LIM College adjunct professor and FEF board member, said he selected Williams for both her courage and her humility. “When Vanessa walks in the room, she commands the space she’s in, but she never takes from your space,” he said. Designer Stephen Burrows, “Ugly Betty” cast member Judith Light and stylist Pat Field were also in attendance to fete the entertainment denizen. Field noted an overlap of Williams and her portrayal of fearsome fashionista Wilhelmina Slater. “Vanessa has a very strong and positive presence. She is a fearless person, and she injects that into Wilhelmina.” Williams, dressed in black Carmen Marc Valvo, attributed her fearless conviction to “a thrill-seeking gene. The people that I come from are outspoken and driven and not afraid to take chances.” Proceeds from the Fearless event benefit the Fashion Education Foundation, which provides scholarships for LIM students. This year, LIM FEF awarded $40,000 in scholarships to about 25 students, which range from $1,000 to full tuition. Ports 1961 president Jacquelyn Wenzel is an alumna of LIM and serves on the board of directors and is vice president of FEF.

CHANEL FIX: The Paris movie theater may be showing “Coco Before Chanel,” but Bergdorf Goodman next door is tipping its hat to Chanel at, well, Chanel and beyond. A special “Secrets of the Chanel Jacket” installation has just gone up at the specialty store’s second floor, telling the story of the iconic jacket’s creation, with archive pieces as well as handbags and accessories on view. Among the archival pieces on display from today to Friday are vintage haute couture and ready-to-wear jackets from 1961 through the current collection, as well as two handbags that belonged to the namesake designer herself. Archival photos of the likes of Romy Schneider, Vanessa Paradis, Anna Mouglalis and Barbie wearing the jacket further the message. Bergdorf’s has devoted three of its Fifth Avenue windows to the house, featuring props such as an oversize quilted handbag, a Chanel No.5 bottle and a large, quilted jacket.