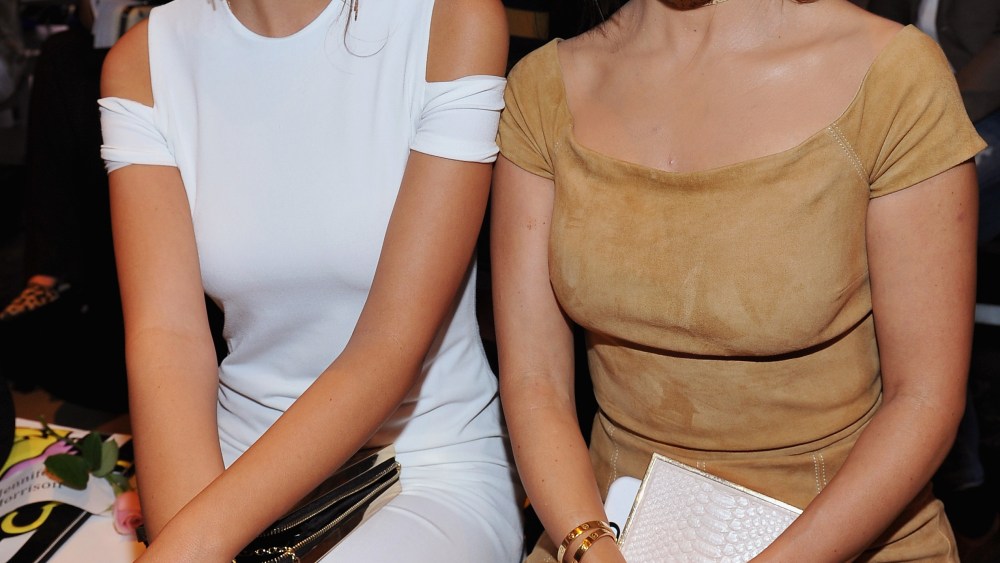 Leave it to Alice + Olivia’s Stacey Bendet to stage an of-the-moment event in the truest sense of the phrase. Her see-now-buy-now runway show, held Wednesday at NeueHouse Los Angeles with Neiman Marcus, showcased her Coachella- and music-inspired spring 2016 collection and featured a slew of Hollywood personalities in the front row, namely social media phenoms Kourtney Kardashian and Emily Ratajkowski.

While many of the looks on the runway were part of the current collection that is already in stores, Bendet also showed some pieces from her Grateful Dead-influenced capsule line — white minidresses adorned with the band’s signature colorful dancing bears — along with 12 limited-edition items she debuted on the runway. Items such as white and black leather moto jackets and patched denim jackets, which were originally slated as a fall 2016 item, were signed and numbered — each style was limited to 50 pieces.

“In February we tinkered with the concept of doing a see-now-buy-now show, but we still have all our international partners and still need to show our fall line, so I said, ‘Let’s wait and do it in April when it’s the height of actual spring,’” Bendet said. “It was important to do in L.A. because we wanted it to be celebrity and a little bit more of a spectacle, and when we looked at dates, we decided to do it before Coachella and kick off that season.”

The show was styled by Neiman’s fashion director and senior vice president of stores Ken Downing. “What I love more than going to market and finding clothes is styling clothes. I’m a frustrated designer and a frustrated stylist,” he said. “I’ve known Stacey since the beginning and we see the world through a similar lens, so we had fun working side by side, all ego to the wind.”

The show space featured a catwalk that meandered through a “backstage green room” setting and ended with a shower of flower petals. Afterward, guests were invited to stay and take selfies, enjoy the DJ and cocktails, and flow backstage to greet Bendet.

“It’s a little bit of an experiment, but I really think it’s the direction things are going because the consumer wants that,” she said. “You throw a big event like this, you want people to be able to buy things. They don’t want to wait six months.” She added that she may do a fall version of the show in New York, and she’ll definitely stage another show in L.A. “This is our 14-year anniversary, so we’ll have to do something fun for 15,” Bendet said.