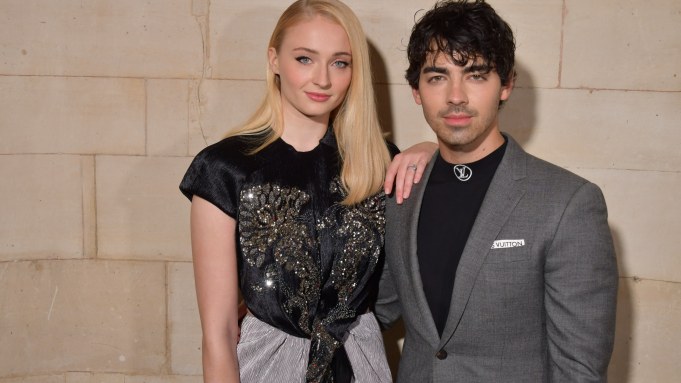 A NIGHT AT THE MUSEUM: Actress Shay Mitchell stared in wonder at the venue for the Louis Vuitton show: a neon-lit white maze in the courtyard of the Louvre Museum in Paris. “I’ve been to the Louvre once before, but never like this,” she exclaimed, adding that she listened to Beyoncé’s “Apesh*it,” the video for which was filmed at the museum, on the way to the show.

The “Pretty Little Liars” star has just released a new show on Netflix, “You,” in which she plays opposite Penn Badgley. “It’s about dating with technology, and how crazy it is that you can find endless information about somebody just by checking online,” she said.

Guests arrived just as the sun was setting over the Louvre Pyramid, triggering memories of former glorious sunsets. “Cape Town was amazing,” said Alicia Vikander, who spent a couple of months there recently for a film. “I was lucky enough to see the ocean at sunset from the house where I was staying.”

Léa Seydoux’s pick was closer to home. “The most memorable sunset is the one I’m the most used to: the one I can see from my childhood home in Brittany,” she said.

For Adèle Exarchopolous, it’s more about the company. “It’s all about the person you watch the sunset with,” said the French actress, who has just finished filming Jessica Palud’s debut feature “Revenir”, in which she plays a young mother alongside Niels Schneider.

Music producer Marc Ronson swooped in to greet Woodkid, who was excited to unveil the music he’d been working on for the show. “Nicolas Ghesquière and I are both inspired by the same theme: the collision between things that shouldn’t coexist,” he said. “There is something very nocturnal about it.”

Thandie Newton was about to take her first steps as a director. “I wrote the script, and I’m directing it this autumn,” said the “Westworld” star. “We’re still in early stages so I’d rather not jinx it, because independent movies have a terrifying wobble factor. But I’m thrilled to be behind the camera for the first time.”

Minutes before the show started, actress Nina Dobrev rushed to get to her seat. The “Vampire Diaries” star had spent a couple of days in Paris with her parents, who left that morning. “We tried to eat all the croissants in the city,” said Dobrev, who is shooting a new TV show in Los Angeles.

She climbed into her seat next to Sophie Turner, Joe Jonas, Shailene Woodley and Cate Blanchett, just in time to take in the sci-fi-tinged collection.

After the show, guests lined up to congratulate Ghesquière. While she was full of praise for the “radical” collection, Catherine Deneuve’s favorite moment was when the lights went out. “You could see the surrounding buildings that were turning grey as the sun was setting, it was magnificent,” said the French actress. “Fashion shows make you see Paris in a different light, because they are ephemeral. That’s what makes them so magical.”