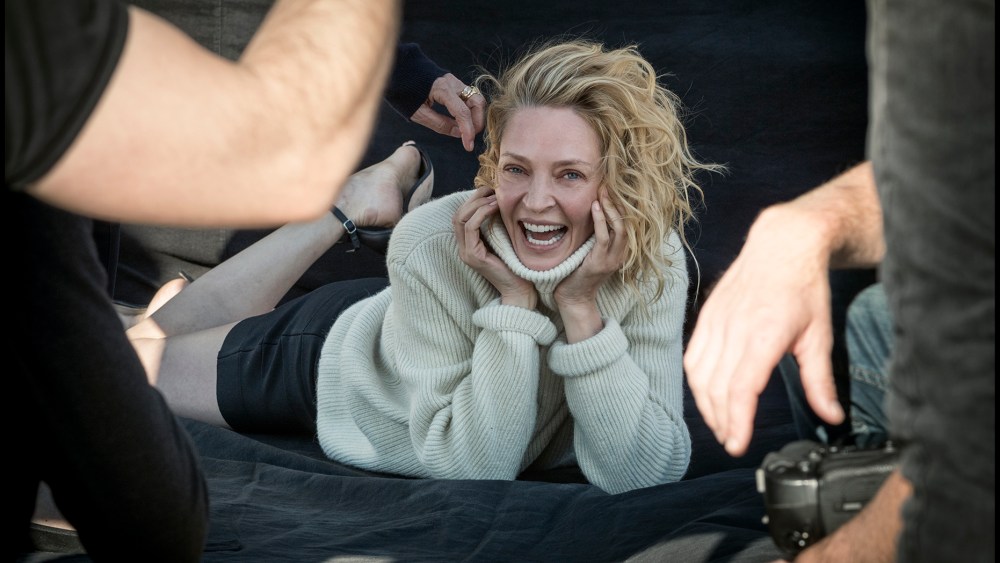 CINEMA VERITE: Tire maker Pirelli corralled an impressive and diverse group of actresses – many with an elite fashion pedigree – for its 2017 calendar, photographed by Peter Lindbergh.

Medical entrepreneur and professor Anastasia Ignatova is listed as a special guest. She teaches political theory at Moscow State University for the International Relations and designs jewelry in her spare time, according to Pirelli.

Pirelli released only making-of images on Sunday and has yet to disclose fashion credits for the shoot, styled by Julia von Boehm with hair by Odile Gilbert and makeup by Stephane Marais.

The fashions seemed hinged on lingerie, glossy leather and cozy knits in black and white. Lindbergh also shot Pirelli calendars in 1996 and 2002.

The calendar will be released in November.