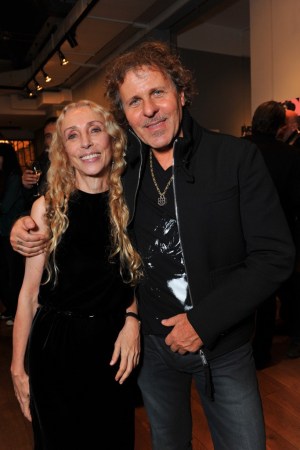 Magazines are not just for collectors, and they still attract readers, according to Sozzani. “After the opening of the vogue.it Web site, we have started selling more copies. This means that it’s not so true that the Internet steals readers from paper publications,” she said.

Anna Dello Russo, who was editor in chief of L’Uomo Vogue from 2000 to 2006, wasn’t so optimistic about the future of print, describing the situation as “black.” “That’s why I’ve decided to focus on the Web in the last couple of years,” she said, “I think that cult publications will resist. In particular, the paper publishing industry will take two different directions: high-end glossy magazines, or newspapers.”

Some of the L’Uomo Vogue images will be auctioned at Sotheby’s in Paris on Jan. 19. The proceeds will benefit “Fashion 4 Development,” the association that is a partner of the United Nations which has recently named Sozzani a goodwill ambassador.