All Paths Lead to Kanye at Off-White’s Fall Show

A bench of LVMH figures took in the show along with Kendall Jenner and Alicia Keys.

By Robert Williams and Miles Socha on March 3, 2017
View Slideshow 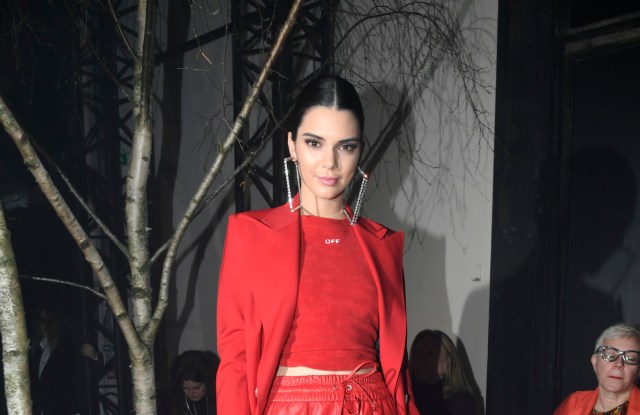 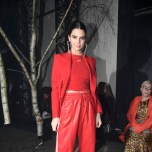 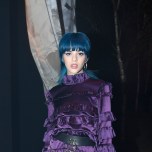 CONNECT THE DOTS: Kendall Jenner rolled up at Off-White’s show in a dapper red ensemble with wide-lapel blazer and track-inspired trousers. Enormous rectangular earrings and white patent heels rounded out the look.

Jenner has a family connection to the house via her brother-in-law, Kanye West, for whom Off-White’s designer Virgil Abloh has long worked as creative director.

Jenner perched near Alicia Keys, who told WWD she was a fan of the way Off-White’s clothes fused masculine and feminine elements. “I love to to mix it in with my world,” she said. The singer also has a Kanye connection — her new single “That’s What’s Up,” released in January, samples a song by the rapper.

All three men met Abloh via West as well.

Burke recounted that when he was ceo at Fendi, West and Abloh came to work at the Rome studio for a few months. “He always liked wolves,” he said of Abloh as he surveyed the Off-White show set of barren trees and fallen leaves. “That’s what he drew when he was in Rome. He did a big wolf head right on T-shirts.”

Jones said he knew Abloh “since he was working on Kanye’s ‘Glow in the Dark’ tour. We love all the same stuff.”